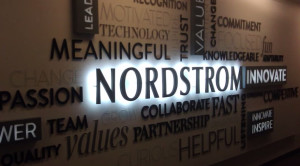 Nordstrom reported financial results for the fourth quarter of 2014 today, and investors were greeted with something of a mixed bag. The company’s quarterly revenue increased by almost 9 percent year-over-year to $4.04 billion, beating analyst expectations by $30 million.

The company’s earnings of $1.32 a share missed expectations by 3 cents, and were down 5 cents from the same period in 2013.

There’s one piece of undisputed good news: the company’s e-commerce business saw double-digit growth. Sales on Nordstrom.com grew by 19 percent year-over-year, and sales through HauteLook and Nordstromrack.com rose by 28 percent over the same period in 2013.

That’s a good sign for the retailer as more shopping heads online through both the web and mobile e-commerce. Simon Khalaf, the head of Yahoo’s Flurry division, revealed today that use of shopping apps on mobile devices in 2014 grew 170 percent year-over-year.

Seattle is becoming a hub for the e-commerce business. Best Buy announced yesterday that it’s building a tech outpost in Seattle with room for up to 100 developers to work on its online commerce products.

Nordstrom’s financial statements are embedded below. The company’s stock price has been on a roller coaster ride in after-hours trading. As of this writing, it’s up by only two tenths of a percent. 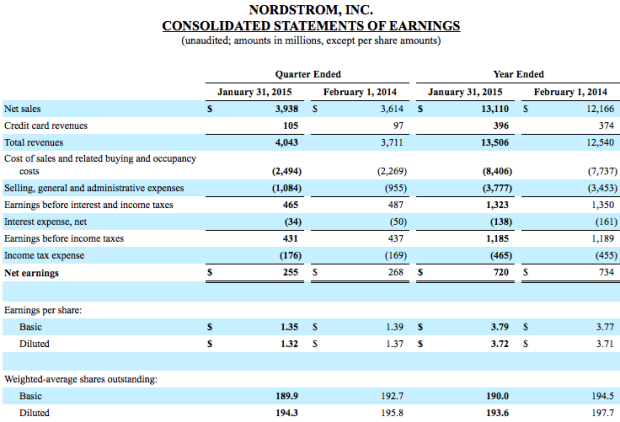