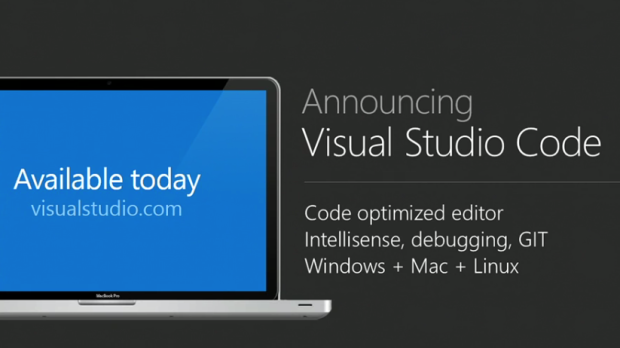 Microsoft this morning unveiled a new development tool, Visual Studio Code, that works across Mac and Linux in addition to Windows — its latest move to expand its horizons beyond its own PC operating system.

The company made the announcement at its Build developer conference in San Francisco, drawing the first big cheers of the day from the audience. The free development tool, which includes debugging support and Git integration, will be released later today.

This follows Microsoft’s move last year to open-source its .NET development platform. The company is taking these steps in an effort to ultimately get more developers using its Azure cloud computing platform, where it’s facing fierce competition from Google and Amazon.

“Visual Studio is now a family of tools for every developer, and Azure is the cloud backend for everyone,” said Microsoft’s Scott Hanselman, demonstrating Visual Studio Code on stage.