Tens of thousands of Microsoft’s contract workers are about to see their benefit packages grow as the company’s suppliers comply with the paid-time-off requirements that Microsoft demanded in March. 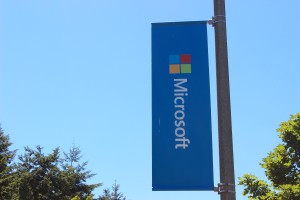 The tech giant said it would phase in the new policy over the next 12 months, but it’s not going to take that long to see changes.

Lionbridge Technologies, a Microsoft vendor whose workers have been trying to unionize and push for these kinds of benefits, confirmed on Monday that it has offered its workers 15 days of paid leave per year — the minimum under Microsoft’s new policy.

That’s up from the zero days its employees receive now.

The proposal still has to be accepted by the union before Lionbridge workers will see the benefit, but the move shows the kind of influence companies like Microsoft wield over their suppliers.

Technology giants are known for their snazzy employee benefit packages, but they are increasingly dependent on outside contracting firms without the same reputation. Now, it looks like these industry giants have the power to extend benefits even to those contract workers whose checks they don’t sign — but who often work in the same office right alongside traditional employees.

Shortly after Microsoft’s announcement, Facebook made a similar move that will require a $15 minimum wage, 15 paid days off and a $4,000 “new child benefit” to help moms and dads take parental leave.

The ball is in Microsoft’s court.

Philippe Boucher, a contract worker and leader of the Lionbridge union push, said the company never budged when workers asked for paid leave before. As recently as the Fourth of July holiday, three months after Microsoft’s announcement, Boucher was asking why nothing had changed.

He said on Monday that he was surprised Lionbridge conceded at all, but it’s becoming clear the company is only going to give whatever Microsoft requires.

“The ball is in Microsoft’s court,” Boucher added.

Microsoft announced its benefit mandate four months ago, acknowledging the fact that it would take planning, time and money for some consulting agencies to comply. The company said it would work with suppliers over the course of a year to make sure the benefit reached its contract workers.

Executives also acknowledged that Microsoft would face higher costs as a result of the change. “We appreciate that this may ultimately result in increased costs for Microsoft, and we’ll put a process in place for addressing these issues with our suppliers,” said Microsoft general counsel Brad Smith at the time.

Lionbridge lawyer Timothy O’Connell said the company wanted to be an early adopter of the new policy, but working with the union has slowed things down a bit. Meanwhile, Boucher said the union is still waiting on more benefits, such as paid holidays.