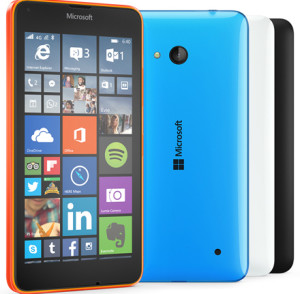 Microsoft has inked a partnership with Deutsche Telekom to promote its line of Windows-powered Lumia smartphones to users in Europe. DT, which is also the parent company of Bellevue-based T-Mobile, is one of Europe’s largest wireless carriers.

The partnership includes an agreement to work on a joint international marketing campaign that will include advertising, sales support and custom applications. That campaign will span a wide swath of Europe, including Austria, the Czech Republic, Greece, Poland, Romania, Slovakia and Deutsche Telekom’s home market of Germany.

“Deutsche Telekom has been a Microsoft device partner since the beginning. Its trusted brand and network excellence in Germany and across key European markets will be a strong force to jointly deliver Microsoft devices and services to more consumers and businesses throughout Europe,” Florian Seiche, Microsoft’s vice president of mobile device sales for the Europe region, said in a press release.

The two companies will first work on selling smartphones – like the just-announced Lumia 640 – and associated online services to DT customers before moving on to other arenas.

In the past, Europe has been held up as a growth market for Windows Phone. This partnership should help Microsoft continue to expand the foothold that its mobile platform already has at a time when the company is doubling down on smartphones with the launch of Windows 10 and new devices in its Lumia line.

Speaking of Windows 10, DT is slated to be a launch partner for Microsoft’s next operating system update as a part of the partnership.