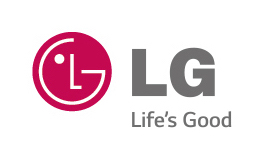 LG has agreed to pay $13 million in restitution to settle a price-fixing lawsuit brought by the Washington State Attorney General’s office. The suit, which was filed in 2010, alleges that LG Display and 7 other display makers including Samsung and Hitachi participated in secret cartel meetings to exchange pricing data and technology in order to manipulate the market for LCDs from 1998 to 2006.

The Attorney General’s complaint alleged that LG was an active participant at those meetings, and that it agreed to set the prices of LCD panels. As a part of the settlement, the company agreed to participate in monitoring and will develop programs to ensure that it doesn’t further violate antitrust law.

“Illegal price fixing hurts consumers and the majority of businesses that play by the rules,” Attorney General Bob Ferguson said in a press release. “Our Antitrust Division works hard to protect Washington residents and hold accountable those businesses that seek to exploit unfair advantage.”

As a part of the settlement, the LG did not respond to the allegations made in the lawsuit. This is the second settlement in the case. Hitachi settled in 2012 for $5.2 million. All of the remaining defendants will go to trial in April of this year.

LG’s settlement and the Attorney General’s original complaint are embedded below.