After five years, the founders of marijuana strain and dispensary database Leafly are moving on to their next cannabis-related startup.

Cy Scott, Brian Wansolich, and Scott Vickers — who launched Leafly in 2010 — are the co-founders of Headset, a new Seattle-based startup that’s building a business intelligence platform for the fast-growing marijuana industry. 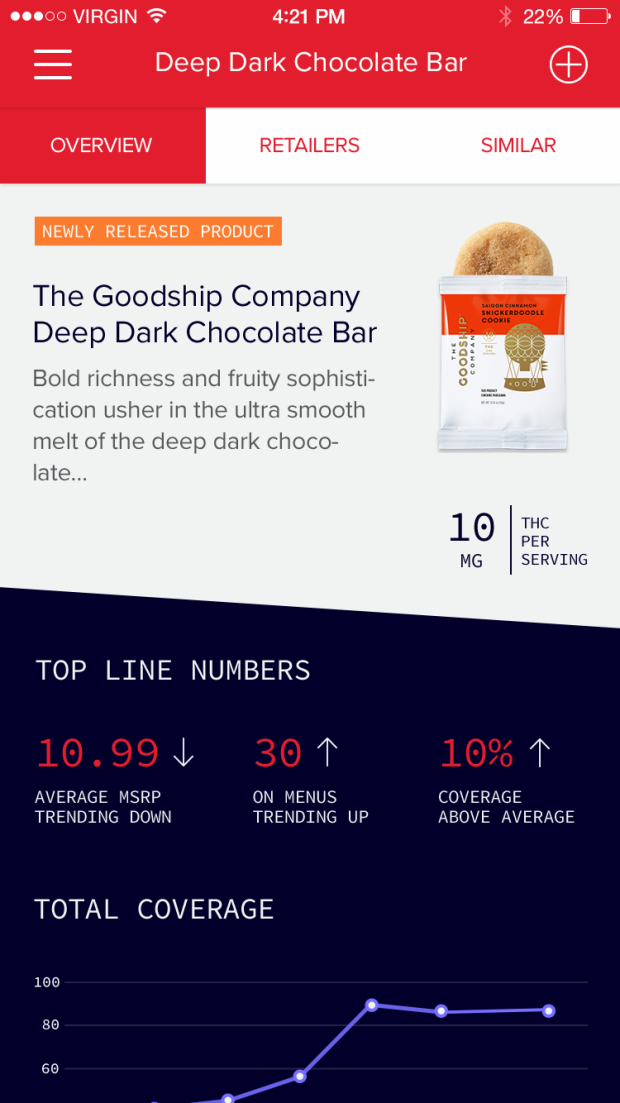 Headset, which just raised about $450,000 of a $750,000 seed round from Poseidon Asset Management and a group of angel investors, offers what Scott describes as a market research and analysis tool similar to Nielsen, NPD or IRi, but for customers in the marijuana supply chain.

The idea is to give marijuana retailers, processors, and growers better insights and intelligence for their business, ultimately helping them make more money and offer better customer service.

“We’re staying in the cannabis industry but are tackling a different problem,” said Scott, who’s taking on the CEO role for the new company.

Headset’s platform provides a number of operational insights. For example, retailers can be immediately notified when stock is low of a particular product that’s been selling well, or find out if a specific strain isn’t flying off the shelves like it used to. Meanwhile, product manufacturers can access sell-through data, all-commodity volume information, and a competitive set analysis, among other insights. 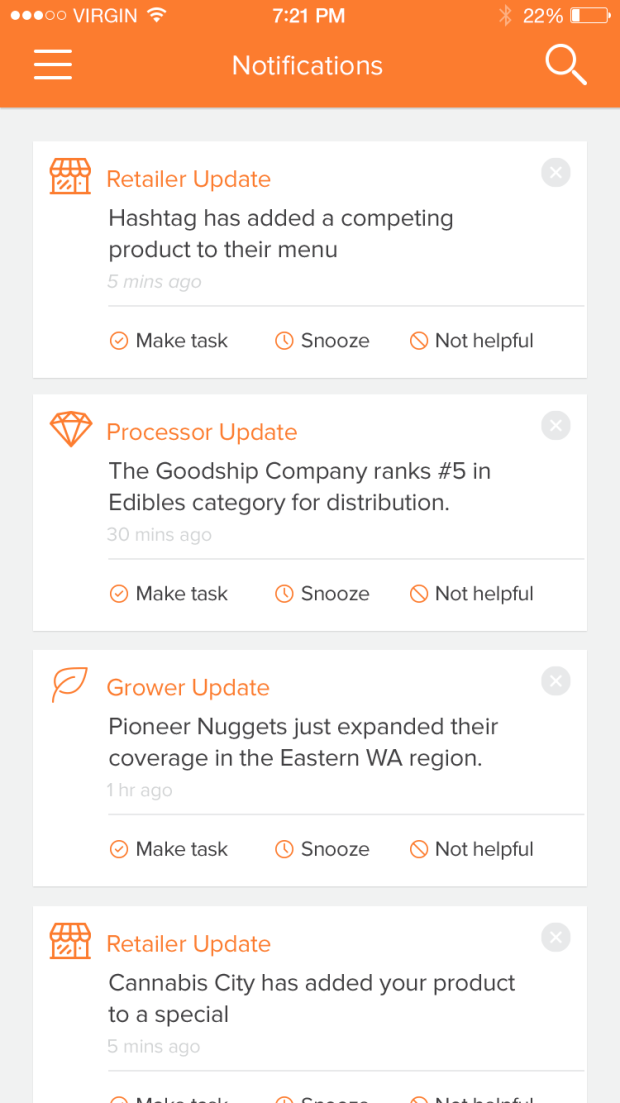 Headset is also compiling a comprehensive industry landscape dataset that can help manufacturers and retailers understand what products are on the market and access information on cost, availability, and more.

“A lot of people don’t have visibility on what brands are out there and how well they sell,” Scott said. “If a company in Colorado wants to expand to Nevada, we can tell them which retailers they should be working with or how well existing product manufacturing brands are doing. We give them those insights before they go and tackle new opportunities — a lot of them are flying pretty blind out there.”

Headset is targeting clients in both the medical and recreational industries and makes money with monthly recurring subscription revenues. The company is more of a B2B play, while Leafly is more consumer-focused with its review site that mimics Yelp or Consumer Reports, but for marijuana strains and dispensary.

Leafly, which was acquired by Seattle-based marijuana investment firm Privateer Holdings in 2011, has continued to grow since its inception and now has more than 300,000 strain and dispensary reviews on a site that attracts 31 million page views per month. The app also won “App of the Year” at the GeekWire Awards in 2014.

Scott said it was not easy leaving Leafly and that his co-founders “still consider it our baby,” but they saw a special opportunity with Headset.

“We’re startup guys and we really wanted to go after this and start a new project,” Scott said.

The co-founders still have a great relationship with Privateer Holdings, Scott added, and they felt comfortable passing the baton to new Leafly CEO Drew Reynolds, who took over in May after serving as the CTO and co-founder of myweddings.com.

Here’s what Privateer CEO Brendan Kennedy had to say about the Leafly co-founders in an email to Leafly employees:

When we first met Cy, Brian and Scott in 2011 we had an idea of what Leafly could be, but no expectations of how exactly we’d get there. When any start-up is acquired, it’s rare for founders to hang around for more than a year. We have been enormously privileged and honored to benefit from Cy, Brian and Scott’s hard work and dedication for more than three years. Their leadership and intrepidness has resulted in Leafly being transformed from a smart idea hatched over some enlightened cannabis consumption to some musings logged in their notorious spreadsheet to a nights & weekends project to our first acquisition to the world’s leading information resource on cannabis.

Scott said that the past five years with Leafly and Privateer will help give his new company more credibility and a competitive edge in a nascent industry.

“It helps to have that foundation and to speak the same language,” he said. “And just like with Leafly, our focus is on a fantastic user experience. We know what our customers expect and we want to give them a tool they are comfortable using.”

Scott and his co-founders started Leafly back in 2010 to help educate marijuana users about different strains and dispensary locations, particularly with new laws being enacted that legalized the use of cannabis. With Headset, the underlying mission of helping the marijuana industry gain legitimacy still holds true for the co-founders.

“We stayed in the industry because we want to see it succeed,” Scott said. “And if retailers, producers, and processors succeed, then the whole industry will succeed.”