Customers that use Remitly can now transfer money to Mexico.

The Seattle-based startup, which allows users to send money overseas, today announced its newest destination country. Remitly’s platform now includes most major banks in Mexico and more than 11,000 pickup locations across the country, which the company notes as the “world’s single largest corridor for international money transfers” with more than $24 billion transferred annually. 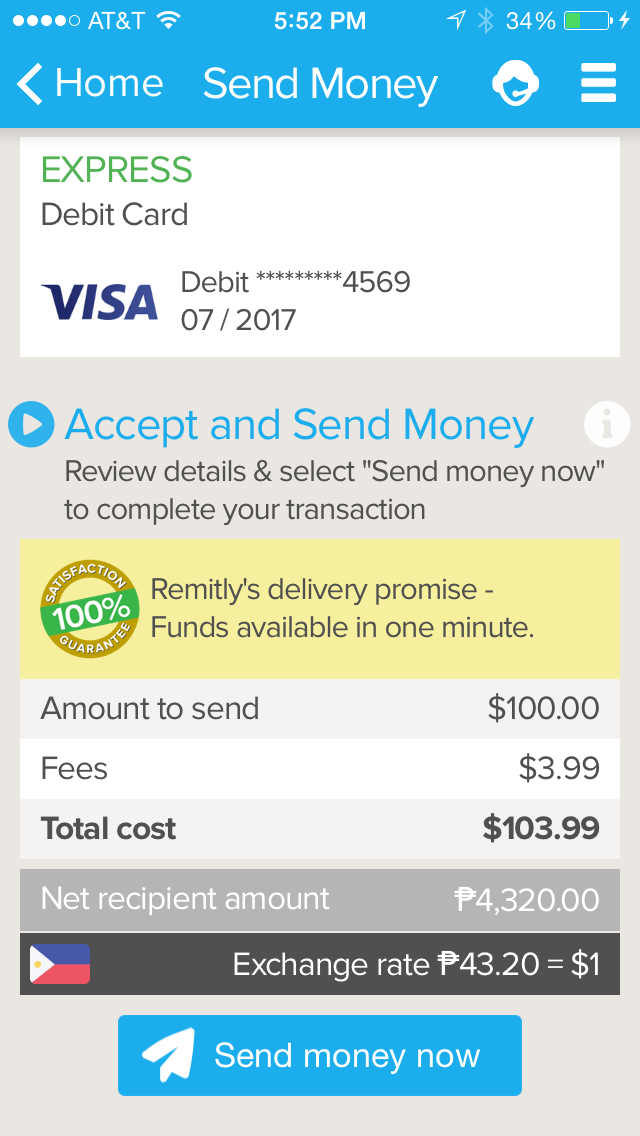 Remitly helps people send more than $500 million annually to the Philippines, India, and now Mexico. The company is able to charge an average fee of 2 percent to send money internationally — Remitly CEO Matt Oppenheimer says that on average, competitors charge customers a 7.9 percent fee on average — by eliminating the need for forms, codes, agents, and other fees typically associated with the international money transfer process.

Remitly has raised $22.5 million to date from firms like Founders’ Co-op, Jeff Bezos’ Bezos Expeditions, and DFJ. Separately, the Techstars Seattle graduate raised a $12 million credit from Silicon Valley Bank in September that will help the company scale its service, which recently processed its millionth money transfer.