Seattle-based Impinj is kicking off a new chapter today as the company, which was founded in 2000, is finally seeing its RFID technology grab mainstream attention. 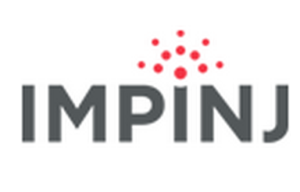 The company is celebrating 15 years in business, and is using the occasion to unveil a redesigned logo and its new headquarters.

Impinj’s move from Seattle’s Fremont neighborhood to the nearby South Lake Union neighborhood, where tech companies are scrambling to grab prime real estate in Amazon’s backyard, was first announced in December.

Today, the company has completed its move into the larger 52,000-square-foot office inside the new 400 Fairview tower.

“This is a very exciting time for the industry and our new brand reflects our value and focus on connecting and providing intelligence about everyday items,” Impinj founder and CEO Chris Diorio said in a press release. “Since the beginning, Impinj and its partners have helped to pioneer and expand the capabilities of wireless connectivity technology. I believe what we are doing will change the world.”

Impinj got in early on RFID technology, which uses radio frequencies to track tagged items. The company has admitted things took longer than expected to heat up, but it’s been on a tear recently as stores have begun using the devices for things like tracking inventory.