“Is anyone here from these companies?” Salkin asked the crowd.

Not a single hand went in the air.

“Shit,” Salkin said. “I’m serious, that sucks. Why are they not helping us do this?”

Having big companies that support startups was just one of several lessons shared by Salkin, the Allbound co-founder and Phoenix resident who lived in San Francisco for the past five months as part of the Acceleprise accelerator.

Salkin spent 90 minutes explaining what he learned from being embedded in the Silicon Valley startup ecosystem, and what young-but-growing communities like Phoenix can learn from entrepreneurs, investors, and other stakeholders in the Bay Area.

“These aren’t necessarily things we need to start doing now in Arizona, but that I feel like if we don’t start paying attention to, we’re going to always lag behind,” Salkin said. “This state has seen a couple of false starts in terms of getting this whole ecosystem started and there’s opportunity for us to really keep this thing going. We have 2,000 people here this week, but what’s our call to action?”

Similar to other growing cities around the world, the Phoenix region has seen a recent surge in the number of startups, entrepreneurs, accelerators, and incubators around town. But the ecosystem in the desert is far, far behind what has been built in places like Silicon Valley.

First and foremost, Salkin said the community members need to speak with one another and share ideas to help build the ecosystem.

“We don’t communicate,” he said. “It’s the number one thing we can do.”

After spending time in Acceleprise, Salkin decided to keep a remote Allbound office in San Francisco but move the company’s headquarters back to Phoenix. He noted high cost of living as a primary driver of that decision.

But he clearly learned a lot in the Bay Area about what it takes to build a strong entrepreneurial community. Here’s more of what Salkin thinks startup ecosystems like Phoenix need to think about. 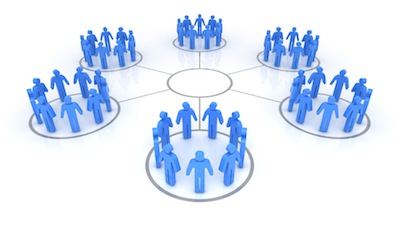 Salkin said that in the Bay Area, it was all about coming together as a group to build one ecosystem, rather than battling with one another. He noted that despite how spread out San Francisco, Palo Alto, Redwood Shores, and other communities are, everyone saw themselves as “Silicon Valley,” rather than competing pockets of innovation.

Salkin described how he was “shocked” from the pushback he got when trying to launch a startup event in Arizona two years ago with people that complained because the event wasn’t in their area, or others who ran similar events that thought Salkin was “stepping on their toes.”

“We have to put an end to that, otherwise this kind of growth and momentum we are getting here today is going to keep on being more false starts,” he said. “We have to get these communities together to build this ecosystem the right way.”

Salkin also noted how he was asked about whether entrepreneurs in San Francisco were “standoff-ish” to a transplant like himself. But he said he saw the exact opposite.

“The community environment there and the togetherness that the whole ecosystem is working on was one of the most impressive things about the entire experience for me,” Salkin said.

Finally, he noted that being spread out geographically — Phoenix is surrounded by suburbs like Tempe, Scottsdale, Chandler, etc. — shouldn’t be an inhibitor to a flourishing startup ecosystem.

“They are building amazing companies, an amazing community, and an amazing ecosystem around it despite being just as or if not more spread out than we are,” Salkin said.

Salkin said that entrepreneurs in Silicon Valley are extremely confident about raising investment money. It’s something you “feel in the air,” he said.

Salkin noted that this attitude stems from the “gold rush” investors in Silicon Valley who have a tendency to put money behind companies in the early stage rounds more often, whereas investors in Arizona won’t sign checks until they see established revenue and customers. He explained how he struggled to get a meeting with VCs in Arizona when trying to raise money for Allbound, but was able to meet with a dozen of the top firms in San Francisco.

“It’s about when people are investing and are willing to take risks,” Salkin said.

3. Learn from the “second-timers.” 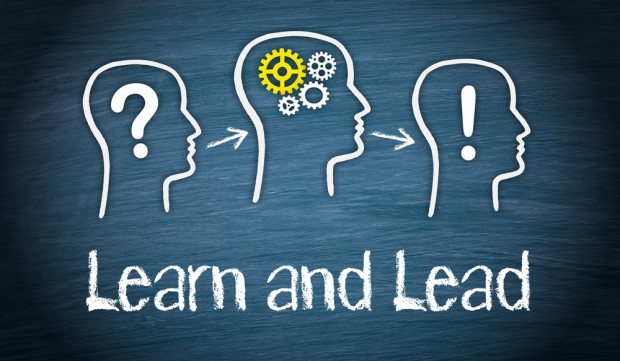 As far as developing individual entrepreneurs and companies, Salkin said there’s a lot to be learned from people who have been there, and done that. He pointed specifically to what he described as “second-timers,” or those that are on their second or third startups and are showing how to run a successful software-as-a-service businesses — people like Josh James, Mark Organ, Nick Mehta, and Kris Duggan who are really changing the way we live and work.

“These are people to watch that are sharing what they’re doing,” he said.

Salkin explained how many of these founders are “building a playbook” for what investors use to determine whether or not a SaaS startup has potential to succeed.

“They are building these playbooks and they are putting them out there for us all to read,” Salkin said of the founders. “The VCs and angels out there are really taking it to heart.”