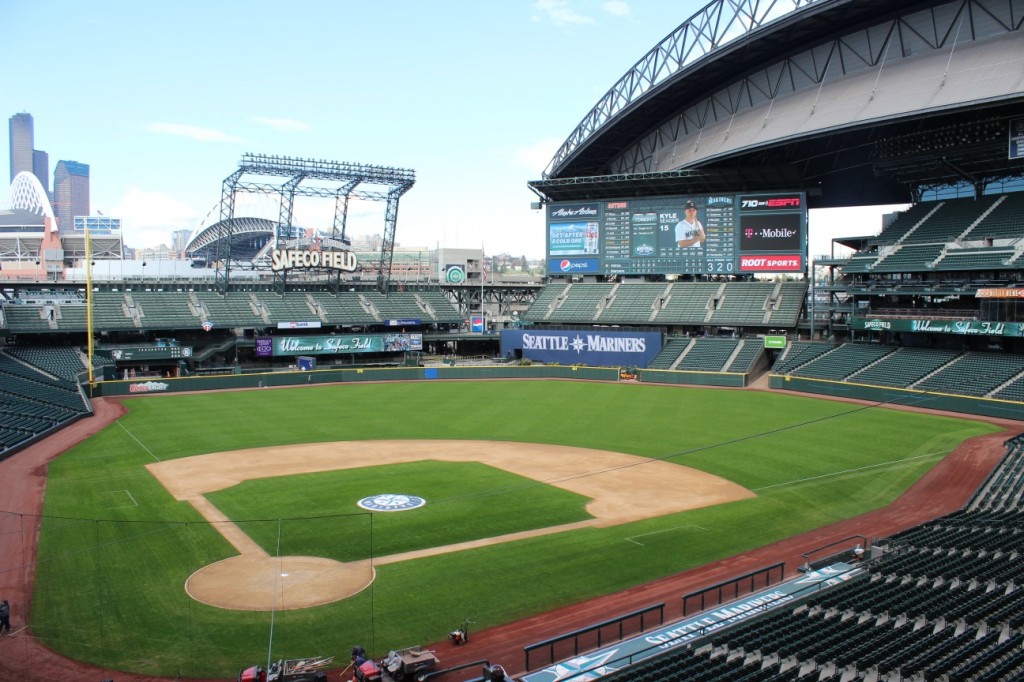 Having a reliable network connection while attending a baseball game can be important. More and more, fans are using their smartphones as an e-ticket, to locate certain amenities, and of course, to take lots and lots of selfies.

RootMetrics, a Seattle-area company that provides information about the performance of cellular networks, just published a study that ranks 29 MLB stadiums based on overall mobile network data performance.

Fenway Park in Boston — the league’s oldest stadium at 103 years old — ranked No. 1, with Turner Field in Atlanta and Marlins Park in Miami rounding out the top three. The worst network performance came at Kauffman Stadium in Kansas City. Safeco Field in Seattle ranked 26th.

Out of the 29 stadiums, Verizon’s network performed best at 14 of them. T-Mobile had the top network at 11 stadiums, with AT&T at five and Sprint at three.

Here’s a bit on RootMetrics’ methodology for this particular study:

To evaluate how well each network handles typical consumer data demands, we use off-the-shelf smartphones to test network data performance under typical conditions at densely populated event venues across the US, with each venue tested at least once per year. Testing is conducted during the entirety of each event; samples are collected both while seated and while walking along concourses, near concession areas, and other publicly available areas. In addition to capturing download and upload speed, we test each network’s data performance during consumer-based activities such as checking email or during web/app usage. The top-performing data network(s) at each venue earns our RootScore Award as a mark of excellence in our consumer-focused testing.

Check out the study here — you can sort by carrier and examine each stadium’s network performance.