The Legend of Zelda, Nintendo’s popular fantasy game franchise, is experiencing something of a revival in 2015. The gaming giant released a reboot of The Legend of Zelda: Majora’s Mask, Netflix is working on a television adaptation of the series, and now a musical homage to Zelda is touring the U.S.

Seattle gamers and music-lovers alike will have the opportunity to see The Legend of Zelda: Symphony of the Goddesses at Benaroya Hall March 2. The symphony will draw on more than 28 years of music from the franchise. 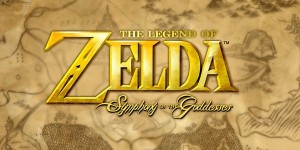 Event organizers say the symphony is “designed to be a journey as epic and thrilling as the Legend itself” with all-new arrangements under the direction of the original franchise producer, composer, and sound director. Tickets are available here.

That’s one of the selections from the GeekWire Calendar, our curated list of the Pacific Northwest’s top tech events. Keep reading and visit the full calendar for more.

Help the Young Professionals of Seattle networking group celebrate its fourth anniversary in Fremont, a.k.a. the Center of the Universe. The party will include a champagne toast, food and drinks, a live DJ, and a photo booth. Cocktail attire is required for this 21+ event. Tickets are on sale for $45 here.

The new Seattle Tech Mentors meetup group is a venue for people to give and receive tech career advice. Organized by veteran Seattle software developer Brenden West, the meetup alternates between Seattle Central College and North Seattle Community College every other week. The next meetup is Feb. 18 at Seattle Central. Join the meetup group and RSVP to attend.

Up Global is hosting Seattle’s first-ever e-commerce themed Startup Weekend. The event will bring together entrepreneurs interested in entering some component of the e-commerce world for three days of networking, coaching, and pitches. Experts from Nordstrom, Decide.com, and Farecast will provide guidance to startup hopefuls. Register for $70 here.

When and where: March 6 – 8. Madrona Venture Group, Seattle.

In honor of International Women’s Day Socrata is hosting a meetup event for women in tech at its Pioneer Square headquarters. The event is open to women in any role at a tech company — from human resources to project managers and marketers to engineers. Food and drinks will be served and guests will hear three five-minute lightning talks. RSVP for free here.

Items for this feature are picked from the GeekWire Calendar, where you can submit free listings for geeky gatherings and technology-related events in the Pacific Northwest.