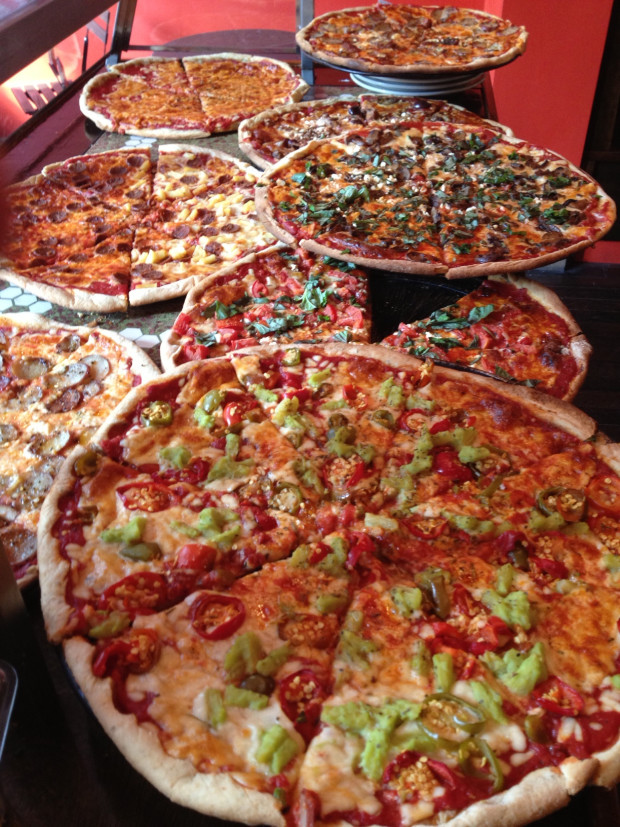 If you’re trying to watch what you eat — especially with the holidays coming up — you also might want to take note of who you’re dining with.

A new study shows that men who eat with women tend to eat more. A lot more.

The study out of Cornell University’s Food and Brand Lab and published in Evolutionary Psychological Science showed that “men appear to eat larger quantities of both unhealthy (pizza) and healthy (salad) food when in the company of women.

Researchers explained the phenomenon to an “evolved tendency to show off to the opposite sex.”

“The findings suggest that men tend to overeat to show off,” said the study’s lead author Kevin Kniffin in the Cornell Chronicle. “Instead of a feat of strength, it’s a feat of eating.”

For the study, researchers took a sample of 133 people to an all-you-can-eat Italian buffet for lunch over a two-week time period and observed their patterns.

See the chart below:

It’s unique to look at men’s eating habits because usually it’s women who are under the microscope when it comes to eating patterns. Interestingly, the study also found that “women eating with men reported feeling rushed during the meal and perceived that they overate despite researchers finding no evidence that they did so.”

Regardless of which side of the table you’re on, the Cornell researchers said the takeaway was to “calm down” when eating with members of the opposite sex.