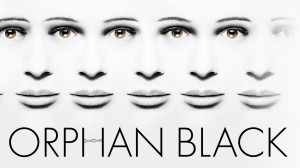 Amazon is offering everyone a chance to watch the first season of the critically-acclaimed BBC America drama “Orphan Black” for free on Friday, in an attempt to draw more people to its Prime Instant Video streaming service.

Starting at 12:01 a.m. Pacific Time, anyone will be able to watch the first 10 episodes of the show by logging in with their Amazon account. But like Cinderella at the ball, it’s a very limited offer that cuts off at 11:59 p.m. that night. That means people starting from episode 1 will have to cut out of work a bit early to work in all of the 45 minute shows, with no formal meal breaks, or wake up early to catch every episode.

Even for people who don’t have the time to watch the whole season in one go, it’s worth a look if you haven’t seen it before. Tatiana Maslany, the show’s lead, has received numerous awards for her performance as several different characters – all of them clones of one another.

Amazon is the exclusive home for streaming of the first two seasons of “Orphan Black,” and offering a free taste could be enough to entice people to jump into a Prime membership to get access to season two ahead of the third season premiere on television this Saturday at 9 p.m.