Costco’s photo website will likely be down until early September as it tries to recover from a hacking incident that occurred last month.

The is at least the third delay for the company, which had previously estimated that the site would be back online in early August and then mid-August.

“We’ve made significant progress towards re-enabling the Photo Center site; however, there’s additional work to be done before it’s ready to go live. We know the previous anticipated dates have come and gone, but we’re doing everything we can to bring a safe & secure site back online as soon as possible,” the company said in a statement to customers. 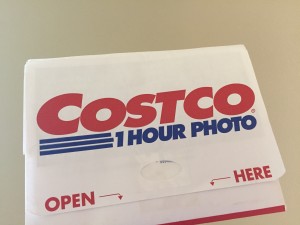 The situation is affecting multiple other online photo sites, including Rite Aid, CVS and Sam’s Club.

All of these companies rely on PNI Digital Media, a Vancouver, B.C.-based company owned by Staples, for their online photo services.

PNI first said it was investigating the possibility of a data security breach on July 17. Since that time, no new information has been released by the company, and it continues to remain unclear if any information was stolen, including address, phone number, email address, photo account password and credit card information.

Multiple attempts to reach PNI Digital have been unsuccessful. The company’s contact page online only provides the company’s address for its corporate headquarters and all voicemails have gone unanswered.

In Costco’s note to customers, the Issaquah, Wash.-based big-box retailer hinted a new website was under construction. “We take the security of our members’ data seriously, which is why we’re taking the precautionary step of building a new site,” it said.

While the site is down, customers are able to drop off their orders at the Photo Center kiosk in most warehouses. A Costco spokesperson did not immediately respond to emails seeking comment.