“It is extremely difficult for large web development teams to build beautiful, performant applications that look and feel cohesive across platforms,” explained Ehud Halberstam. “As teams and projects grow, it becomes even more difficult to create a consistent user experience. In order for a team to build a product customers love, it’s not enough to have great people on the team. The challenge is to align team members on a shared brand and product vision, and facilitate better collaboration toward these goals.”

Ehud and Amit previously co-founded an Israel-based company called Nuti Labs and later worked together at Sears Israel before launching Brand.ai, which is currently working out of Techstars Seattle. We caught up with Ehud for this Startup Spotlight, a regular GeekWire feature.

Explain what you do so our parents can understand it: “Brand.ai makes it easy for web development teams to work better together, and build frustration-free, beautiful applications.”

Inspiration hit us when: “We were working on a related business idea around automated design of websites, and in order to make good traction in this initial direction, we had to build necessary infrastructure for web component design. As we were doing this, we realized that the process we were going through was one many companies invest significant time and money in — it’s something that gets repeated over and over, it’s not quick or straightforward, and there wasn’t yet a solution on the market that did it universally and simply.

What we started doing as a solution for our own needs turned into the idea that we could deliver a platform for all companies, and save them significant time and cost. As we talked to front end developers, designers, and QA engineers about this idea, each was excited about how it would make his or her own role easier.”

VC, Angel or Bootstrap: “We were self-funded for about a year and then raised pre-seed money from angels.”

Our ‘secret sauce’ is: “Focus. Building the best product to address problem ‘A’ before continuing to conquer problem ‘B.'”

The smartest move we’ve made so far: “Joining Techstars. The benefits are similar to adding a successful serial entrepreneur to the team.”

The biggest mistake we’ve made so far: “Waiting too long before putting a beta product in the hands of potential customers. Earlier in our path, we released a relatively mature beta service, only to hear that no one would use it because of an access permissions issue. We’ve since removed the dependencies that caused this issue, but releasing our beta earlier would have tested our assumptions earlier.” 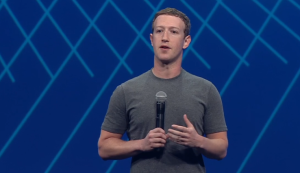 Would you rather have Gates, Zuckerberg or Bezos in your corner: “Mark Zuckerberg recently expressed how collaboration among Facebook employees was key to building the best service for their community. Facebook also invested heavily in developing a framework called React, that complements Brand.ai’s solution. In a sense, he’s already in our corner.”

Our favorite team-building activity is: “Going out for a movie. Some say it’s not social enough, since you don’t get to talk to each other during a movie. We say, whatever. It’s fun.”

The biggest thing we look for when hiring is: “Passion for serving customers’ needs, and craftsmanship. And no big egos.”

What’s the one piece of advice you’d give to other entrepreneurs just starting out: “You’ll hear thousands of pieces of conflicting advice. The best advice is the hardest to come by — it’s from people who have faced truly similar situations to your own. Seek them out and hear their stories.”

Editor’s note: GeekWire is featuring each of the 11 startups participating in the Techstars Seattle incubator in the lead up to the Demo Day pitch event on Oct. 27. Techstars applications for its next class are now open.