UNIVERSITY PLACE, Wash. — Avalara is one of the region’s fastest-growing startups and that’s certainly clear at this week’s U.S. Open.

The Bainbridge Island-based maker of tax automation software is going all out at the major golf tournament in University Place, Wash., renting out a swanky corporate tent alongside the 18th hole at Chambers Bay.

Nestled between other companies like Bank of America and BMW who also paid more than $200,000 in sponsorship fees, Avalara’s air-conditioned tent features tasty food, cold drinks, big-screen TVs, and more — a perfect place for the company to host customers and partners throughout the week. 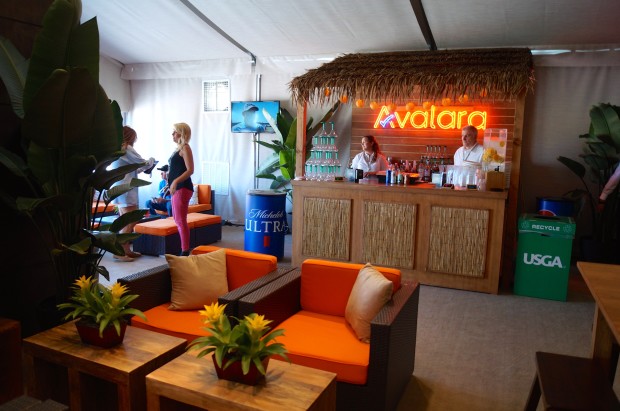 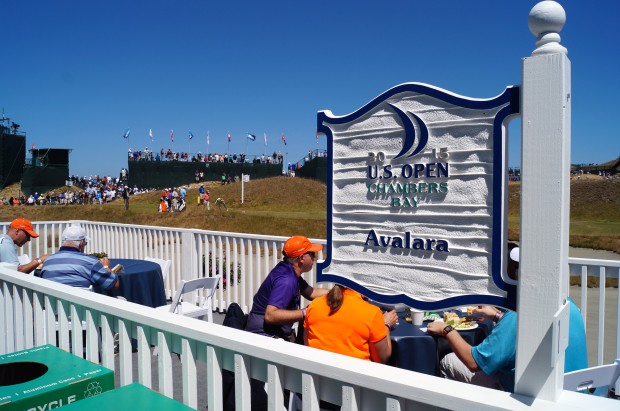 “It’s a big deal,” Avalara CEO Scott McFarlane told GeekWire from inside the tent on Wednesday, just one day before the tournament officially kicks off after three days of practice rounds.

Avalara was already growing quickly when it made the decision to be a U.S. Open corporate sponsor two years ago. But since then, the 800-person company has been on a roll, raising a $42 million round in January — which followed a $100 million round two months prior — and acquiring several smaller companies like EZTax, SuitePlus, and HotSpot Tax.

“We knew two years ago that life would be different now, but we didn’t know it was going to be this different,” McFarlane said. “We stepped into a different profile and it just fits really well with the U.S. Open. This is like a coming out event for us, it really is. It’s a thank you to all the customers and partners that helped us get here.” 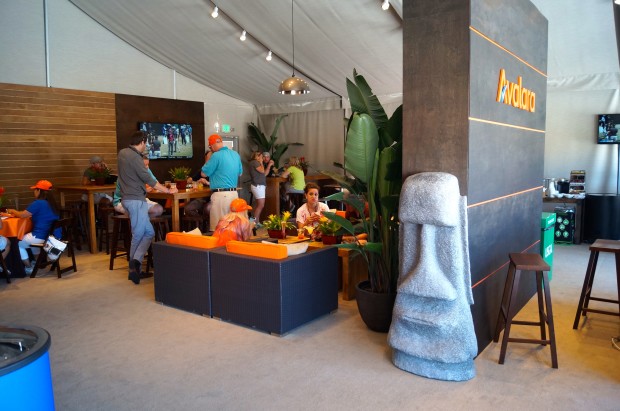 The tent — which, in true Avalara style, has island vibes with margaritas flowing and orange everywhere — is only one part of this week’s festivities for the company. Avalara also rented out an entire hotel near the airport for its guests, where it has held receptions and luaus this week. The company also brought in busses from around the country — “special woody Avalara tiki-hut kind of busses,” McFarlane noted — to help people get to and from Chambers Bay.

“To be honest, you have to pinch yourself,” said McFarlane, the 2015 GeekWire Awards CEO of the Year. “Last week, we closed on a company in Kansas City, and this week we closed on a business in Brussels. Then, we are one of the sponsors at the U.S Open. This really is pretty cool.” 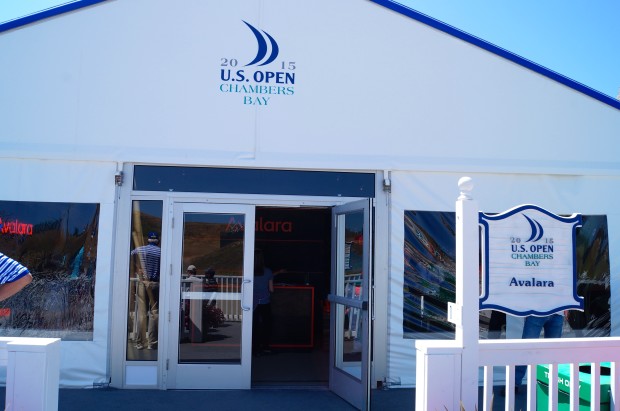 It’s taken Avalara 11 years to get to this point. Back in 2004, the founders wrote down their goals for the company in what they called a “Shoot The Moon Manifesto.” It outlined where the company, ideally, wanted to be in five years and defined its guiding principles.

In 2010, executives revised its manifesto for the next five years.

“We had a pretty good idea of where we wanted to be in 2015,” McFarlane said. “But there’s a difference between having a good idea and actually serving food and sitting in an air-conditioned tent on the 18th tee. So this makes everybody feel good — our company, our partners, our customers, and everyone who believed in it along the way.” 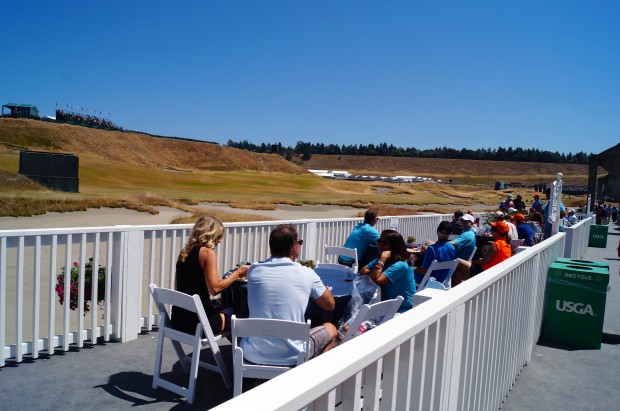 I peeked around at the other corporate tents here at the U.S. Open and Avalara certainly had one of the more unique and colorful setups. “Fun” may not be the first word you associate with a sales tax automation company setting up shop at the U.S. Open, but that’s exactly what Avalara is going for.

“Tax isn’t fun,” McFarlane said. “But just because it’s serious and isn’t fun doesn’t mean the people around it aren’t fun and don’t like having fun. We give everyone permission to be themselves and to enjoy themselves here. It’s cool — really cool.”