To summon one of Audi’s new concept cars on stage at the company’s CES press conference Tuesday morning, R&D Chief Ulrich Hackenberg didn’t need another human’s help — instead, his smartwatch did the trick. 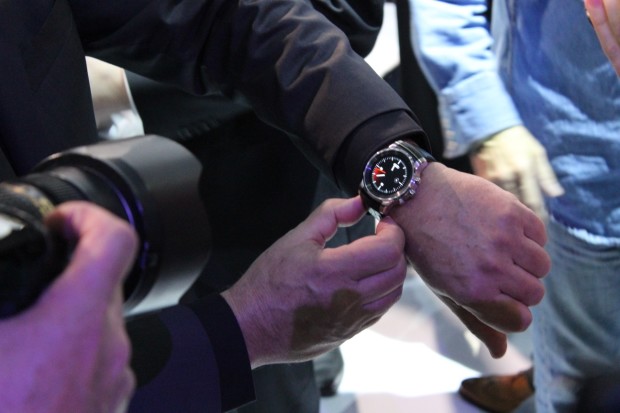 Hackenberg showed off Audi’s new Piloted Driving technology by using a yet-to-be-announced LG smartwatch to start the engine of Audi’s Prologue Concept hybrid car — with 690HP, no less — and have it slowly drive on stage.

It was a pretty sweet demonstration of next-generation auto technology. Check out the video below from Ruptly to see Hackenberg hail the Audi with his smartwatch:

Other companies like BMW and Hyundai also showed off similar features this week in Las Vegas. While Audi’s demo worked to perfection, BMW opted for a video demo of the technology during Samsung’s opening CES keynote on Monday, leaving audience members underwhelmed.

There are a record number of car companies here at CES, with the “connected car” officially a trend at this year’s big tech conference. On Monday, we noted Toyota’s novel hydrogen fuel cell vehicles, and today Audi spent an hour touting its own technology advancements.

The German company made headlines on Monday when it sent an A7 Sportback from San Francisco to Las Vegas on a two-day, 550-mile trip — all without a human controlling the vehicle. Audi also did something similar with a driverless R7 on a racetrack last year.

Audi today also touted a bevy of other tech features inside its LTE-enabled cars, including Google StreetView in the driver dashboard and tablets for backseat passengers. It has inked partnerships with tech companies like LG, Samsung Display and NVIDIA for its in-car technology.

“Customers have told us that technology is the reason they purchase an Audi,” Scott Keogh, President of Audi of America, said today.

Check out photos of the concept car below: 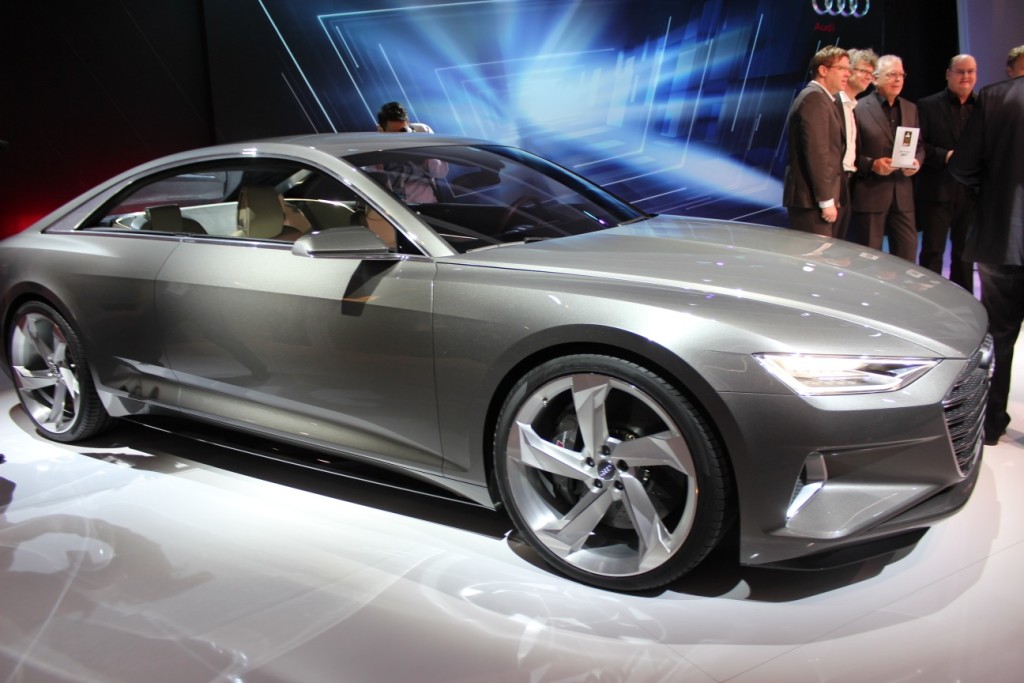 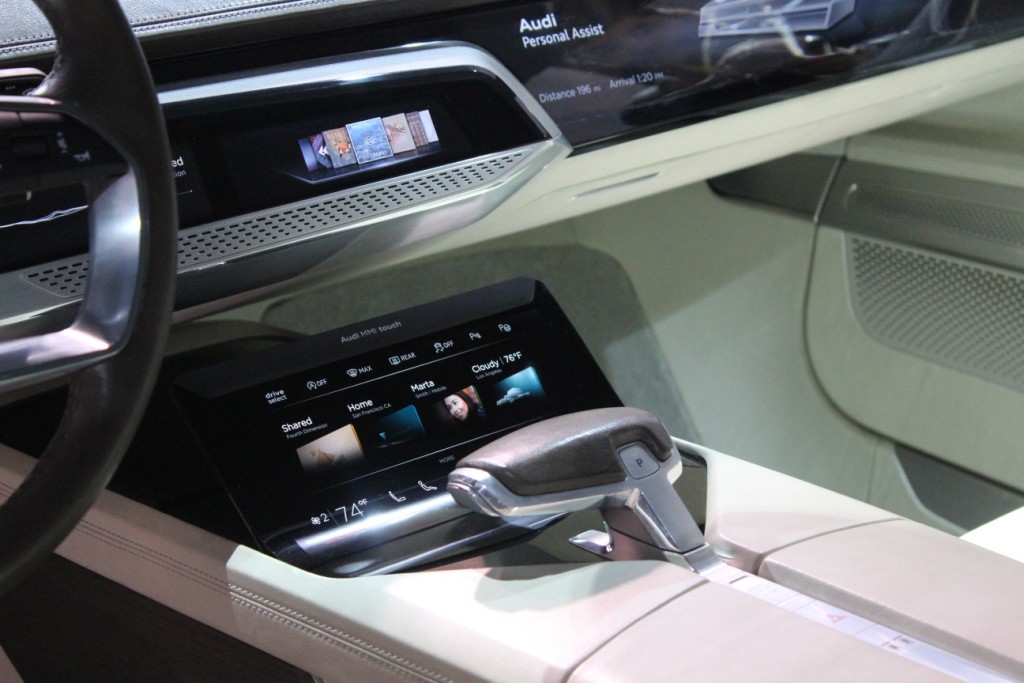 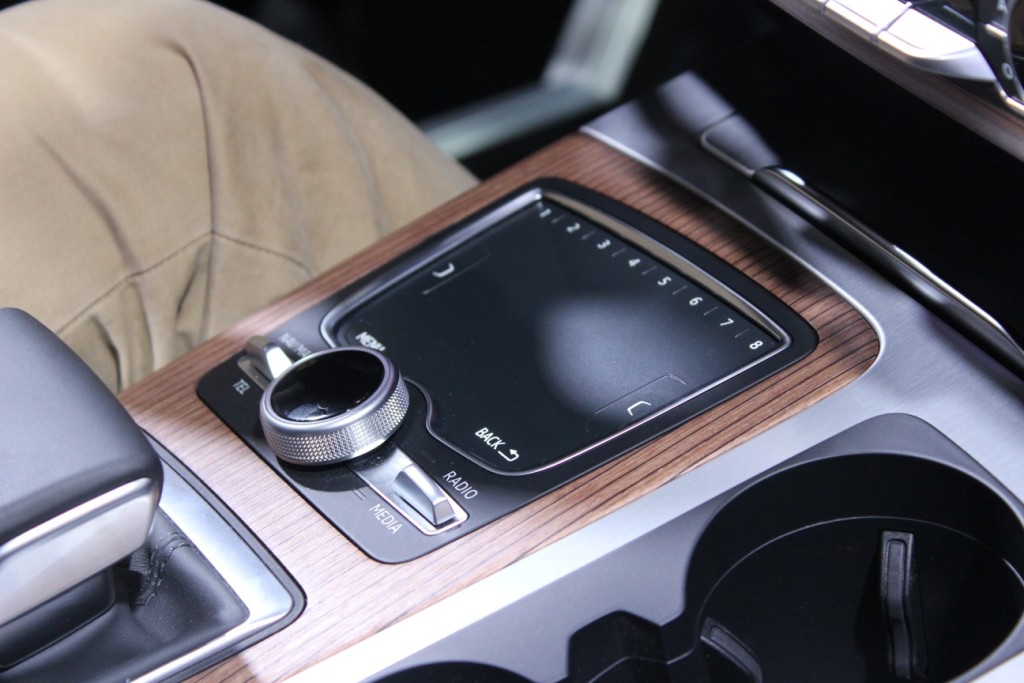 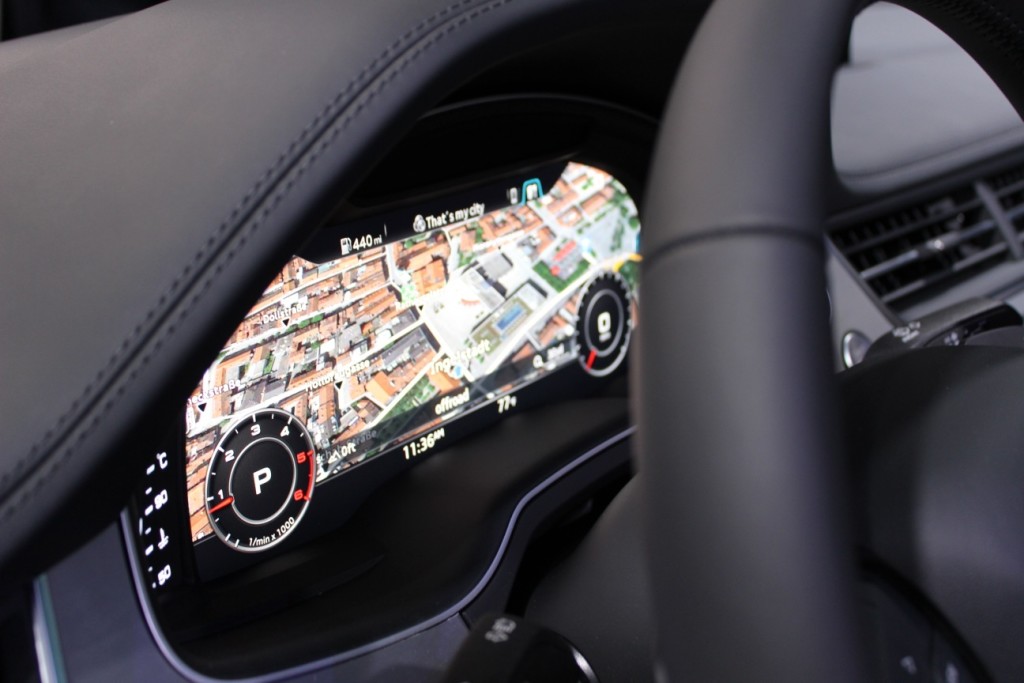 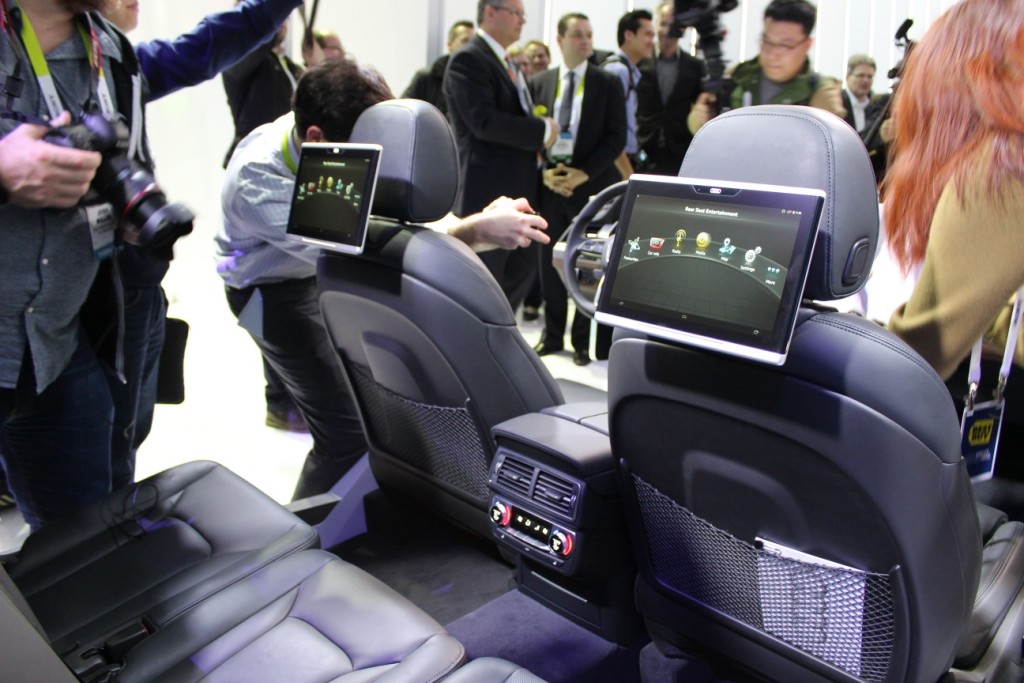 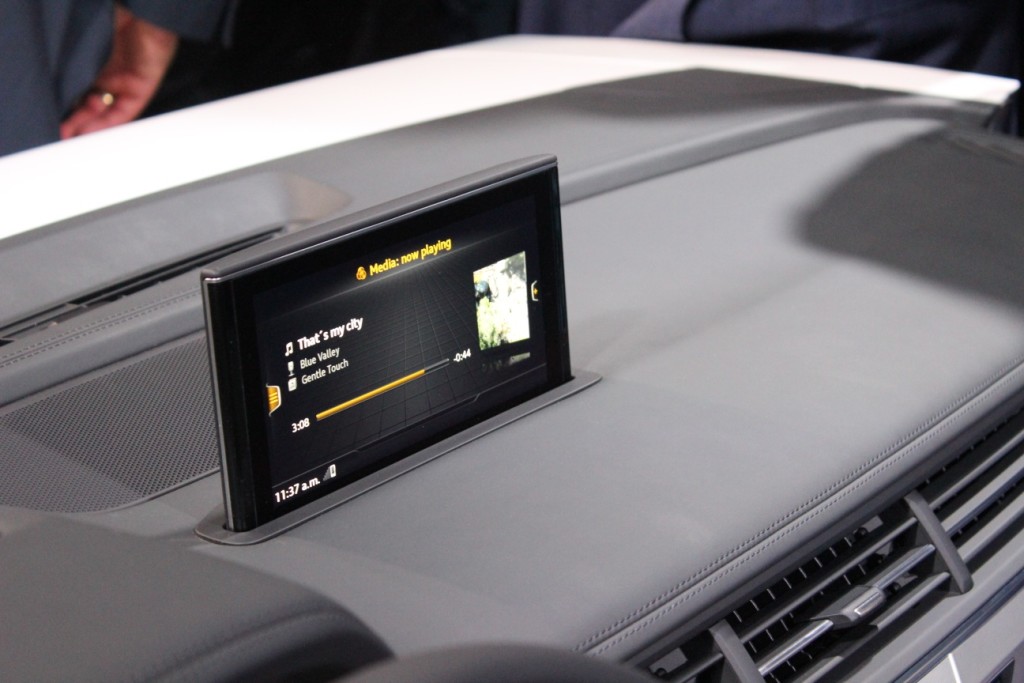 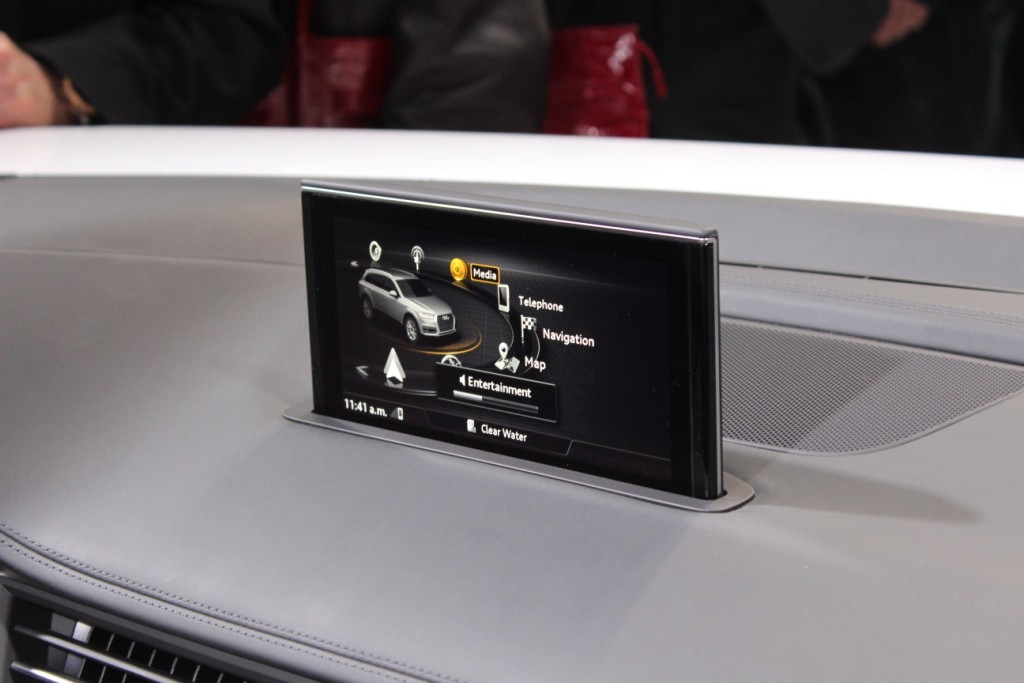 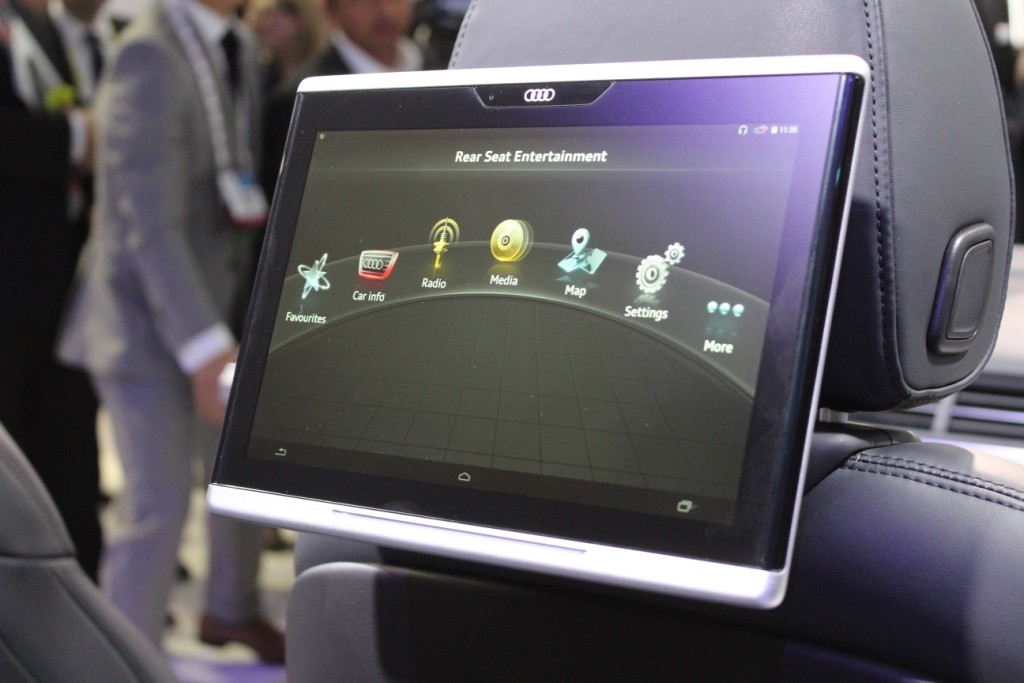