The Seattle company, which sells apparel and home goods at a discount, is making progress on a turnaround through tweaks to its marketing and merchandise strategy.

“There’s still a lot of work to be done, however, I’m encouraged by our progress and believe over the next couple of quarters, we’ll lay a foundation to drive our level of success in 2016 and beyond,” said Darrell Cavens, Zulily’s President and CEO, during a call with investors. The stock is still off 65 percent in the past 12 months.

“I believe there’s a lot more growth left in our core domestic business and significantly more if we look internationally. Our business is only five and a half years old. We have a lot more room ahead to keep innovating to delight our customers,” he said. 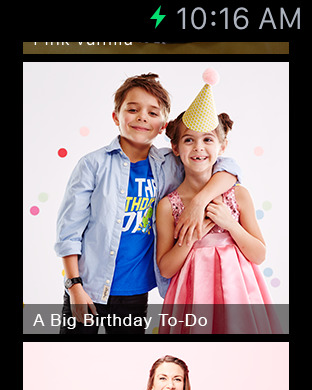 A spokeswoman later clarified that all three of those markets have launched in the last month.

Zulily’s international growth strategy appears to be in alignment with an announcement made earlier this year, in which the company shut a United Kingdom office, and decided instead to serve those customers from the same platform that it uses in the U.S., Canada and Australia.

In the meantime, Zulily is looking to fix its marketing strategy.

In 2014, the company attempted to rapidly grow its customer base through multiple advertising methods. Now, it’s choosing to be more discerning, by targeting people who are likely to turn into long-term customers.

To do so, it wants to create ads that tell the Zulily story, rather than ones that display specific brands or merchandise. During Wednesday’s investor call, Cavens said the company analyzed two types of advertisements from 2012: One that displayed a well known shoe brand, and another that displayed unbranded woman’s dresses. While the shoe ads had twice the sales on day one, he said two and a half years later, the spend from customers, who responded to the dress ad, was higher.

“We far better understand the different ad types on long-term customer behavior,” he said. “In Q2, we took these learnings and made significant updates to shift from a near-term payback to a return on investment and lifetime value.”

There’s still a lot of work to be done, however, I’m encouraged by our progress and believe over the next couple of quarters, we’ll lay a foundation to drive our level of success in 2016 and beyond.

As a result, Zulily’s active customer base increased 19 percent to 4.9 million in the second quarter. Total orders increased 7 percent, to 5.8 million.

Some of the advertising tweaks were made in late May, so Cavens warns it’s still early. “Near-term, we will channel spend to a higher display ad and to TV, which does a better job of telling Zulily’s story. Long-term we think there’s a better opportunity to optimize all of our channels as we continue to improve the framework,” he said.

The company also continues to make progress on several pilot programs, including testing the ability for customers to return merchandise and storing and shipping some merchandise directly from warehouses.

Zulily expects to speed up orders to customers by allowing vendors to store their merchandise in Zulily fulfillment centers. It charges vendors a fee to do this, so Zulily does not have to account for the goods on its own books. Cavens said it still represents a small percentage of its sales, but they are now shipping “thousands” of orders a day for vendors and that they are “excited about the impact we can have overtime.”