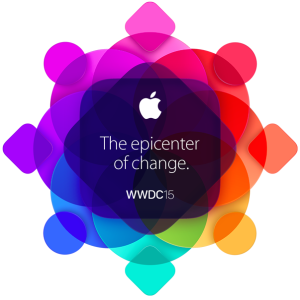 San Francisco’s Moscone West convention center will be the “epicenter of change” for Apple developers from June 8-12 this year. The company is hosting its annual Worldwide Developers Conference on those dates – an epic, multi-day event that brings together people who build apps for Apple’s platforms.

It’s not yet clear what exactly will be on the agenda, but Apple’s WWDC keynote usually offers the first glimpse at the company’s upcoming plans for its mobile and desktop operating systems. Based on rumblings from the rumor mill, it’s possible that we’ll see the announcement of a new music service and big changes to the Apple TV, too.

In addition to the announcements, the conference will be important to developers who attend, since they can sit in on conference sessions conducted by Apple engineers about how to use the tools available to them, and take part in labs where they get hands-on help with their code.

Like other recent incarnations of the event, Apple will be holding a lottery for tickets to this year’s conference. From now until 10 a.m. Pacific Time on April 17, interested developers can enter the drawing to purchase tickets for the event, which will go on sale April 20. That may seem like a massive rigamarole for purchasing tickets, but it’s preferable to the alternative: prior to instituting a lottery, tickets for WWDC would sell out in a matter of seconds.

In an attempt to get a more diverse group of attendees, Apple will be offering scholarships to cover the $1599 ticket price for students and members or alumni of organizations like the National Center for Women in Technology, Black Girls Code and the National Society of Black Engineers.

Those people who aren’t picked to attend will still be able to follow along with the action. Apple plans to live stream certain key sessions, and offer video on demand for other presentations. Remote viewers won’t be able to go hands-on with one of the company’s engineers, but it will allow people to stay up to date on the latest news.