The worldwide smartphone market is increasingly looking like a two-horse race between Apple and Google, with little room for other platform operators. Smartphones running iOS or Android made up 96.3 percent of the total smartphone market during the full year 2014. Microsoft is the closest competitor to the two titans with only 2.7 percent of the full year market share. 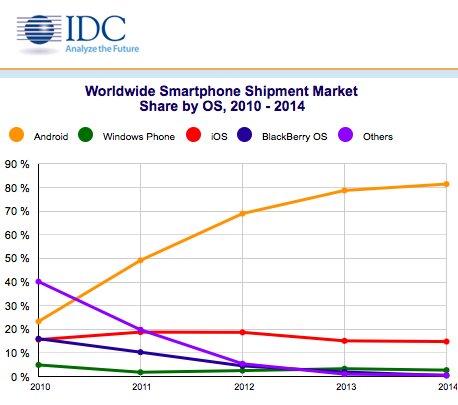 As usual, BlackBerry is the big loser in all of this, with just 0.4 percent of the worldwide smartphone market in the full year 2014. The company’s annual sales dropped almost 70 percent over 2013 to just 5.8 million units, less than 17 percent of Microsoft’s total sales for the year.