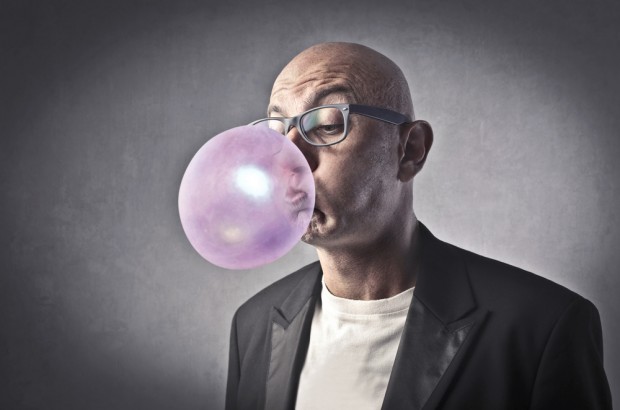 Anyone counting on a Monday morning rebound for technology stocks woke up disappointed today, as last week’s struggles continued with only a few glimmers of hope.

The tech industry is just one sector caught up in a broader downturn in the global economy, spurred by massive losses in China. It got so bad that #BlackMonday started trending on Twitter on Monday morning.

Virtually everyone took a dive when the markets opened, but things have started to warm back up since then. The day is far from over, and it looks like it’s going to be a long one.

Today’s stock market action will be closely watched across the tech industry, as it carries implications for everyone from startups to those billion-dollar unicorns people like to talk about so much.

Prominent Silicon Valley investor Bill Gurley warned last week that a slowdown could mean there’s less venture capital money to throw around, bringing valuations of tech startups back down to earth. The turbulent market may also force some IPO-ready companies, like Bellevue’s Apptio, to think twice before taking their turn ringing the Nasdaq bell for the time being. That comes as the Seattle area continues to wait on its first IPO of 2015.

The markets haven’t entered full-blown panic mode quite yet, but anxiety is rising as words like “meltdown” are starting to be tossed around. Apple CEO Tim Cook even broke from tradition and emailed CNBC analyst Jim Cramer directly to reassure investors that the company is doing alright. That came after Apple stock dove below $100 per share this morning, before bouncing back to about where it left off at the end of last week. 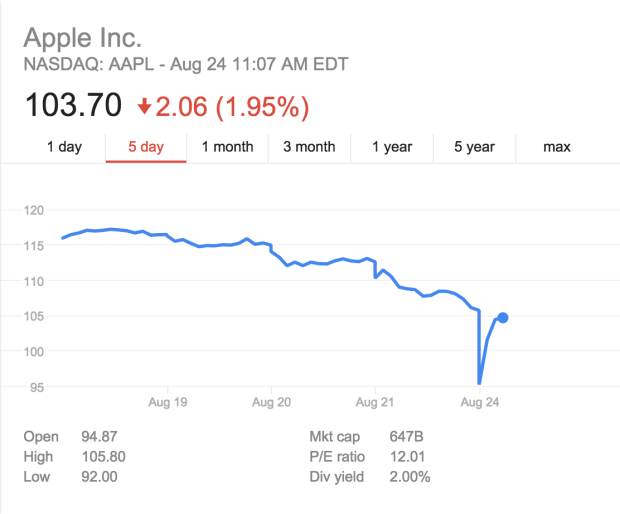 Virtually no one has been spared from the dip, as each of the 30 stocks CNN Money tracks for its Tech30 list were down on Monday. Netflix has been the hardest hit, falling as far as 30 percent from the price five days ago, though that stock has been on the rise for the past couple hours. It’s the same story for Amazon, which fell more than 8 percent from the previous closing price, before rebounding somewhat to a 4 percent loss on the day. 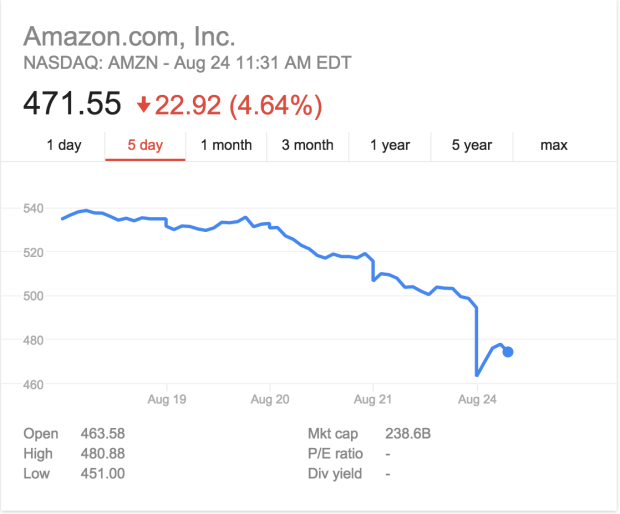