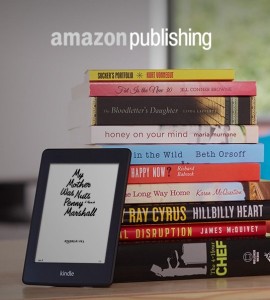 Amazon’s book publishing business is turning a page to a new chapter on growth.

In 2016, the company’s publishing division plans to release 2,000 titles, up from 1,200 this year, and today, it ranks as the second-largest publisher on Kindle in the U.S, according to Publisher’s Weekly, which interviewed Amazon’s VP of Publishing Jeff Belle via email.

While the company is often recognized for being a massive seller of books, less is known about Amazon’s publishing division, which appears to be thriving.

For instance, when Amazon Publishing first launched in 2009, it was primarily focused on nonfiction, but to fuel its growth, Amazon has started investing in other topic areas, such as narrative nonfiction, memoir and biography. In doing so, its publishing arm now employs “several hundred” people across 14 brands in six cities.

One of the major avenues of growth for the company has been through the acquisition and creation of these new brands, or so-called “imprints.”

Many of the imprints have recognizable names, having been borrowed from the streets surrounding the company’s Seattle headquarters. For instance, there’s Thomas & Mercer (mysteries and thrillers); Lake Union Publishing (contemporary and historical fiction) and Jet City Comics, which is a play on Seattle’s nickname (graphic novels and comics).

Amazon has also acquired a few, including Brilliance Publishing in 2007, which publishes spirituality and self-help books. Its newest imprint, Waterfall, was launched in February 2014 and is focused on publishing Christian titles.

Some of Amazon’s scale has also been achieved by spanning all kinds of publishing formats, including print, e-book and audio. It will even translate books into other languages under the imprint AmazonCrossing.

Amazon’s physical book publishing business, while stunted because of many booksellers’ reluctance to stock the brand, is seeing growth, too, Belle said. Publisher’s Weekly reports that while most authors understand that a vast majority of their sales will come from Amazon.com, Belle said he’s been “pleasantly surprised by the progress we’re seeing.”