Visitors to the Amazon home page today are in for a bit of a retro shock. 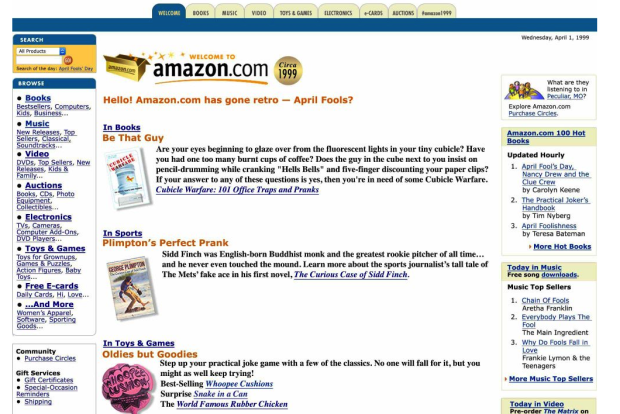 Yes, check the calendar: it’s April Fool’s Day, which means there’s even more misinformation and foolishness on the Internet than normal, which is no small feat. And tech companies, as usual, are right in the thick of it.

And for some odd reason, the most consistent theme this year is pets.

Here’s a roundup of just a few of the April Fool’s jokes we’ve spotted so far.

Google goes backwards. The search engine utilized its “.google” domain for a clever April Fool’s stunt. Check out com.google and try searching “do a barrel roll” for added fun. 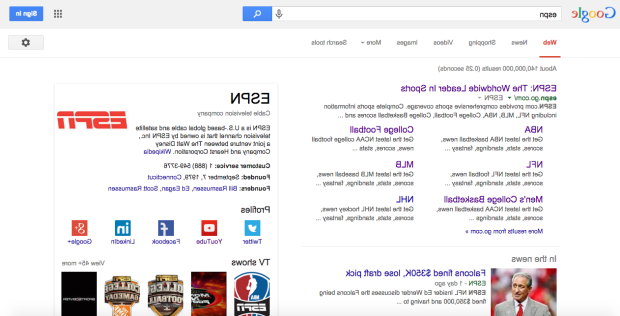 Google Smartbox by Inbox: “Introducing a new way to experience the mail that you love. The good old-fashioned kind you can touch with your hands, and smell with your nose.” 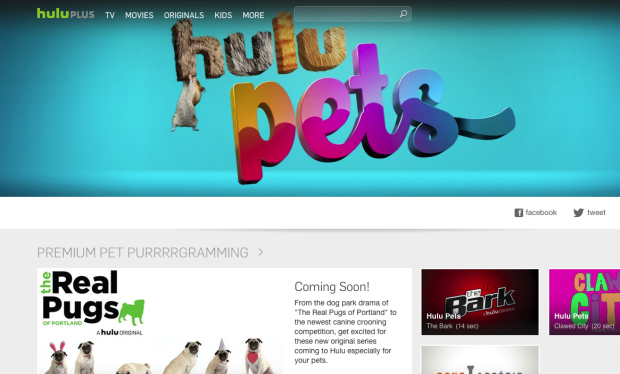 Groupon Rolls Out Grøüber––a New Service with Cat Drivers to Give People a Lift to Deals: “Here’s how Grøüber works: a customer requests a car through the Grøüber mobile app to take them to use their Groupon deal. During the ride, Grøüber cats stay relentlessly focused on the red laser emitting from the front of the vehicle that keeps the car on track to its intended destination.” 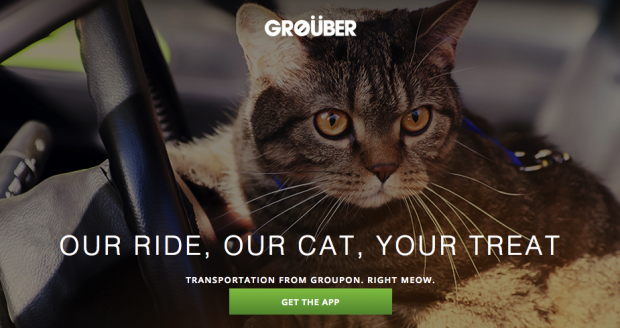 Data visualization technology company Tableau gets into wearables with taBLING, complete with this “leaked” R&D video.

More pets, this time from Redbox. 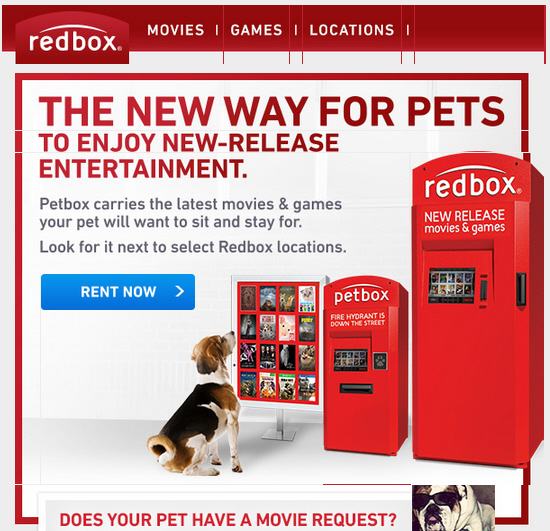 And even more pets! This one from T-Mobile.

Dating app Hinge gets into a new market.

Those are just a few. Feel free to post your own favorites in the comments as you spot them.