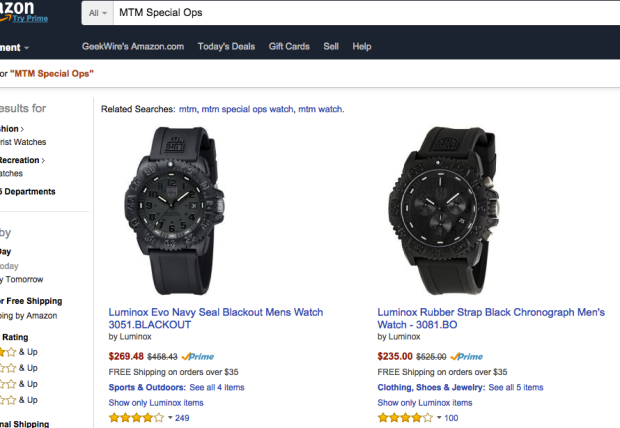 Amazon is gearing up to fight a legal precedent that could keep online retailers from suggesting searches for products they don’t sell.

In a new appeal, filed this week, Amazon’s lawyers write that an appellate court’s recent decision against Amazon could invite “a flood of lawsuits with broad implications” for the entire e-commerce industry. 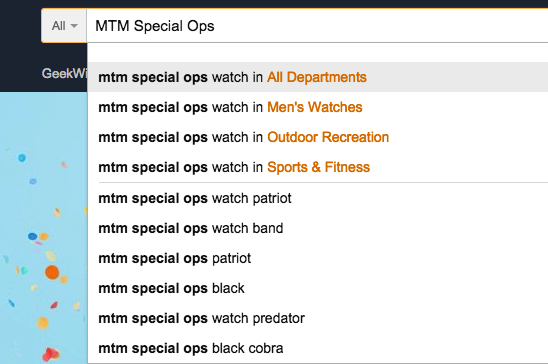 The e-commerce giant originally won the trademark infringement case levied by Multi Time Machine Inc., maker of MTM Special Ops watches. The company, whose products aren’t available on Amazon, complained that Amazon would show the name of its product below the search box as someone typed, but then direct users toward competing products because it did not carry the items it suggested.

But when Multi Time Machine Inc. appealed the decision, the 9th Circuit Court of Appeals overturned the ruling and came down against Amazon — sending the argument to trial. It found that “a jury could find that Amazon has created a likelihood of confusion.”

Now, in an appeal filed earlier this week, Amazon lawyers are asking for an en banc review by the entire 9th Circuit.

“If internet retailers cannot avoid a jury trial even where they have clearly labeled their product listings, they will face an increase in frivolous lawsuits brought by plaintiffs assured that they can survive summary judgment with nothing but speculative assertions that some unsophisticated consumer may be confused by a clearly-labelled search results page,” the appeal reads.

Amazon argued the ruling could set a precedent that dictates the product results even search engines are allowed to show anytime someone types a trademark into the search box. It also fails to consider the likelihood of confusion and expands the scope of federal trademark law in conflict with other courts.

If courts deny Amazon’s appeal, the case will go to trial. If the e-commerce giant loses there, it says it may be required to explicitly tell shoppers whenever they search for a product the company doesn’t carry.