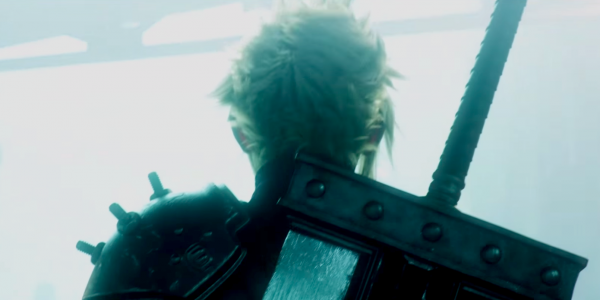 This year’s Electronic Entertainment Expo saw some announcements that gamers have been waiting for. And I mean waiting, in some cases for years. All across the board, we saw confirmations of sequels, remakes, and…Kickstarters? Anyway, the point is that some of the biggest rumors in game history were confirmed at E3 2015, and the audience was audibly ecstatic.

We at Pixelkin know that feeling (it’s pent-up longing and nostalgia). If you’ve been a gamer all your life, there might be some new opportunities in the future to introduce your kids to the series that you love!

Here are some details on the fan-favorite franchises that are officially being brought to modern consoles.

The Last Guardian is a puzzle-adventure game about a young boy and a huge eagle-dog-dragon creature named Trico. They have to work together, with Trico helping the boy past environmental obstacles. The game will reportedly be released in 2016 on the PlayStation 4. That makes it not quite a decade since they started working on it, I guess.

The reason everyone is so excited is because The Last Guardian is designed and directed by Fumito Ueda, the creator of Shadow of the Colossus and Ico. Both are beloved games, so anticipation for The Last Guardian is high. Concern about the game flared when Ueda left the studio in 2011. However, he is still credited as the director of the game.

We’re all about non-violent puzzle games at Pixelkin, so we’re excited for The Last Guardian, too. The graphics may not live up to peoples’ expectations of what the PS4 is capable of, but the gameplay and the touching moments between the boy and his guardian are what will really make this an important game.

There’s some debate about whether or not we really need a Final Fantasy VII remake, but Square Enix has officially decided: we’re getting one anyway. The original Final Fantasy VII is either your favorite Final Fantasy game or it’s super overrated. It came out in 1997 and became iconic as an example of games exploring long, complex narratives. 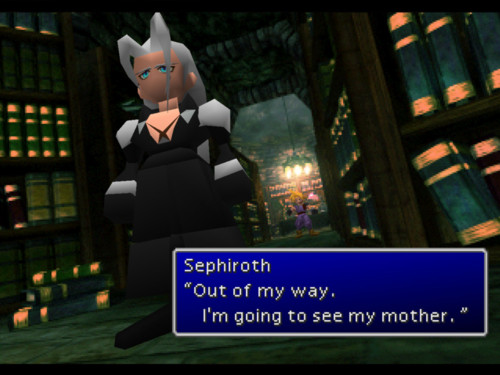 It’s the story of Cloud Strife (pictured below), a young member of an activist group called AVALANCHE. The game has ecological messages, pitting AVALANCHE against the Shinra Electric Power Company, which is draining the planet of life in order to create power. Later, the true villain becomes the misguided Sephiroth, who wants to destroy the entire planet.

Final Fantasy VII has imprinted on the collective memory in a way that few other games have. It spawned prequels and spin-off games, films, and short stories. Final Fantasy VII characters appear in the Kingdom Hearts series as well. Rumors about an HD remake have been swirling for a long time. A remastered version of the original game is available on PC through Steam and on the PlayStation network. But fans wanted nothing more than a remake with HD graphics, like the ones in the 2005 film sequel, Final Fantasy VII: Advent Children.

So what do we know now? It’s happening. Final Fantasy VII will be remade for the PlayStation 4, and it looks incredible. And honestly, that’s all we know. It was enough to get the E3 crowd amped though, and we’ll reportedly hear more about the remake this winter.

In the meantime, FFVII fans can look forward to an iOS port of the remastered game coming by the end of the summer. Work is still continuing on the port of the PC version to the PlayStation 4. This version is sort of a compromise. It has the remastered graphics, but isn’t completely remade like the new version will be.

While the focus on more beautiful, realistic graphics isn’t necessarily something I like in general, I’m still really excited about this remake. Final Fantasy VII has a beautiful story, and seeing it fully animated and expressed will be exciting.

The first Mirror’s Edge came out in 2008, and was critically acclaimed for its inventive, largely non-violent gameplay. It starred a young woman named Faith who uses parkour to get around her dystopian city, delivering crucial messages for revolutionary groups and spying on the government.

But the story wasn’t what was important. The game was notable for the fluidity and ease of movement, and fans have been clamoring for a sequel that would explore the character and the setting in more depth.

Mirror’s Edge Catalyst is an origin story for Faith, and is set to come out February 23, 2016. It will be an open-world game with missions found in locations around the city. Also? This time around, Faith can’t use guns at all. We’re pretty excited about a return to dystopian parkour, plus Faith, one of the most awesome female protagonists in video games.

If you asked an audience member, Square Enix’s entire press conference was a long tease for the new Kingdom Hearts III trailer. At several points, announcers appeared to be about to talk about Kingdom Hearts III, only to show a clip of another game. But finally, finally, we have new footage of this long-awaited sequel to Kingdom Hearts II.

Kingdom Hearts is a Disney and Square Enix mash-up series. It’s about a young boy named Sora who teams up with Donald and Goofy to save the world(s) from the power of Darkness. Honestly, any Kingdom Hearts plot description sounds like a load of nonsense, but the games are fun and surprisingly touching. They also give players a chance to explore Disney settings. Each of the worlds is based off a Disney movie.

One of the tidbits we got at the Square Enix press conference was that characters and settings from Tangled will be in Kingdom Hearts III!

The trailer shows new combat as well as a mysterious game of chess between characters that are presumably the younger versions of Eraqus and Xehanort. If you haven’t played Kingdom Hearts, just go with it.

Shenmue was a rare sort of game when it was released in 1999. It featured effects that are commonplace today, but were groundbreaking at the time like dynamically changing weather and fully voiced non-player characters. It was an open-world roleplaying game about a young man named Ryo Hazuki, who wants to avenge his father’s death. It was part mystery, part fighting game, and it’s been called one of the best video games of all time.

In 2001 Shenmue II was released, and then…nothing. At Sony’s press conference at E3 2015, it was announced that Shenmue III is seeking funding on Kickstarter, and it’s being made by the same creative minds that made the original. It hit its 2 million dollar goal in nine hours.

Shenmue III is destined for PC and the PlayStation 4. They’re hoping to get it done by 2017, and with the funding squared away it’s hopeful that Shenmue III will be a success.

Which games are you waiting for? Leave us a comment below!