The same team that launched the do-good venture capital firm Unitus Seed Fund in 2012 is at it again, announcing a new accelerator program that plans to help launch venture capitalists in developing parts of the world.

Seattle-based Capria Accelerator calls itself a “hands-on VC for VCs.” It will focus its efforts in South Asia, Southeast Asia, Africa and Latin America.

A handful of aspiring impact investors in those regions will be selected for the program. They’ll spend four weeks learning and refining their business plans with investing gurus in Seattle before going back to their home country to raise their own funds, select their own startups and build their own portfolios. Capria will give up to $50,000 to help get each VC up and running, and in return receives equity and a share of the VC’s eventual profits.

The idea is to help build entrepreneurial ecosystems in emerging markets that haven’t yet experienced the tech explosion. Capria hopes to have an impact at global scale, while also showing market rate returns on its investment. 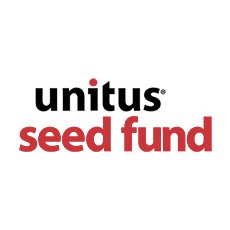 The Unitus Seed Fund, which is backed by high-profile investors like Bill Gates and Concur CEO Steve Singh, has been pumping money directly in Indian startups working to help low-income people since 2012.

Capria is building on that experience. It will go higher up the pipeline to help launch impact VCs, which will in turn help launch even more startups.

Capria is accepting applications now through Oct. 31 as it looks for five investing teams to be part of its first cohort.

“We are building an international network of startup VCs supporting and sharing insights, referrals and experience with each other, and helping their portfolios thrive in a global marketplace,” Poole said in a Wednesday press release.