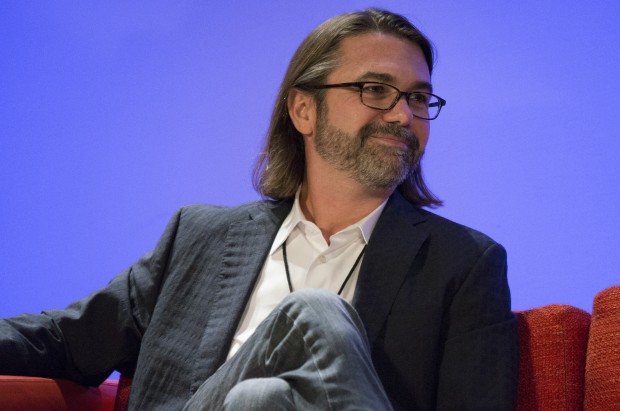 Unlike other e-commerce giants, Mark Vadon, Zulily’s Chairman and co-founder, said his fast-growing company is not trying to ship products to its customers in two days, much less in the same day.

So, in today’s world of instant gratification, is that a problem?

“No, I don’t view it as a problem,” Vadon said onstage today at the GeekWire Summit. “Our value proposition is different.”

In Zulily’s early days, yes, the company struggled to keep up with demand as customers — mostly moms –bought massive amounts of baby products. In fact, Zulily’s growing pains have been well reported, but today, a lot of those underlying problems are going away with the addition of new fulfillment centers and massive amounts of automation. 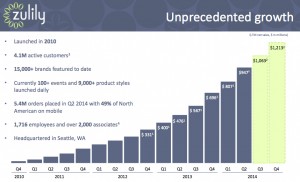 Still, he said the public company’s goal is never to get products to customers as quick as the competition. Even on Zulily’s best days, it could take roughly 10 days to leave the warehouse and a few more days to get to a home. Sometimes that’s hard for the investment community to fathom, he admits.

“We are misunderstood,” Vadon said, referring to the blue-blazer-wearing 28-year-olds on Wall Street. “They don’t understand what’s motivating our customers. They think it has to be low-priced, and a commodity, and that you have to get it to them fast — two-day is good, one day is better and same-day is best.”

Zulily’s offering something else, he argues, adding that 70 percent of Zulily products don’t have a product barcode (which means they are not generally available online). If the products are available online, Zulily sells them for 20 percent cheaper. But there’s also an entertainment component, with visitors to the site and mobile app who enjoy browsing. “We have low prices and we have a huge diversity of product,” he said. “We get the people who love the process of shopping.”

Vadon said they’ve polled customers, asking if they should change, but that faster would mean charging more and offering a smaller selection. “We heard, ‘no, don’t change my Zulily’.”

If Zulily did worry about shipping speeds that could potentially make Amazon a competitor.

“We found a white space — a consumer opportunity, where it isn’t being dominated,” he said. “If we went head to head with Amazon, we’d get crushed.”

That’s generally something he doesn’t recommend, and with that, Vadon offered this piece of advice to today’s audience of entrepreneurs: “If you are thinking about going head-to-head with Amazon, think about doing something else. It’s too hard.”