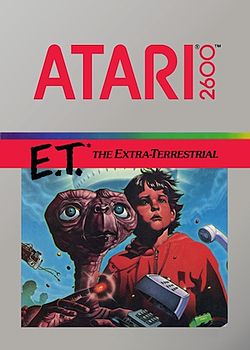 If you live in New Mexico and want to see a bunch of old Atari games dug out of the ground, well, mark your calendars.

Microsoft announced today that the excavation of vintage “E.T. the Extra-Terrestrial” video games that were buried underground more than three decades ago will happen on April 26 in Alamogordo, New Mexico.

It’s rumored that millions of unsold units of the failed E.T. game were tucked away back in 1983. The story is considered by some to be an urban legend, but the filmmakers working with Microsoft’s Xbox Entertainment Studios on a documentary about the burial say they believe they have found the site.

The filmmakers ran into a bit of a roadblock last month when the New Mexico Environment Department declined to give the waste excavation approval required to proceed with the dig, but were given the go-ahead last week.

The resulting film would be the first in a documentary series produced by Xbox in collaboration with Lightbox, a media company led by two-time Academy Award-winning producer producer Simon Chinn (known for films including Searching for Sugar Man and Man on Wire) and Emmy-winning producer Jonathan Chinn (FX’s 30 Days and PBS’s American High). It’s part of a broader effort by Xbox to expand into original content, following in the footsteps of Netflix, Amazon and Hulu.