Mac users, get ready to take a trip to Yosemite. 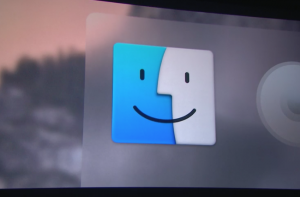 Notification Center on Yosemite features a dark, translucent background, along with a Today view that gives users a look at their day at a glance. In addition, users can extend the view with widgets like ESPN’s ScoreCenter, so it’s possible to customize the information they see.

Apple also went after cloud storage providers with its new iCloud Drive service. Users will be able to store any files they want in their iCloud account, using the iCloud Drive section of the Finder, as well as access any files they have saved in iCloud, even if they don’t have the app in question installed on their Mac. iCloud Drive will also be available for Windows users, so users of Apple’s ecosystem can keep their files synced across platforms.

Mail users who find themselves frequently sending large files will be happy for Apple’s new Mail Drop service. People can use the service to send files up to 5 GB in size through iCloud. Mac users running Apple’s mail app won’t notice anything different from any other email with a media file attached. Users who aren’t running Apple’s mail app will get a link that will allow them to securely download the file.

Spotlight, OS X’s built-in search tool, received a host of new updates as well. Instead of showing up as a tiny search bar in the upper right hand corner of the desktop, Spotlight now launches as a large window in the center of a user’s screen.

Regular users probably won’t see the new OS on their computers until September or October of this year, though it’s possible that Apple may choose to release a beta version of Yosemite to people signed up for its beta seed program.