Strong demand for the iPhone 6 pushed Apple’s share of smartphone sales higher in the U.S. and Europe, and contributed to a decline in market share for Windows Phone, according to new Kantar Worldpanel data released today.

Windows Phone’s market share for September stands at 4.3 percent in the U.S., down from 4.6 percent a year earlier, and 9.2 percent across Germany, Great Britain, France, Italy and Spain, down by a similar margin. 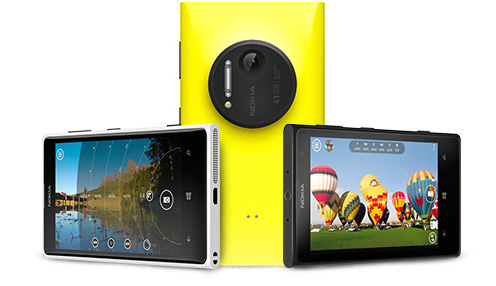 The decline comes despite rising sales of Microsoft Lumia devices. In its earnings report last week, Microsoft said it sold 9.3 million Lumia Windows Phones in the September quarter, up from 8.8 million Lumia units sold by Nokia in the same quarter a year ago, prior to the sale of the business to Microsoft.

The challenge for Microsoft is that Apple’s smartphone sales are growing at a faster pace, with the launch of the iPhone 6.

Across the major European markets, where the new iPhone models were made available between the 19 and 26 September, initial sales of the new iPhone models have overwhelmingly been from existing iPhone owners (87%),” said Dominic Sunnebo, strategic insight director at Kantar Worldpanel ComTech, in a news release.

“This is not surprising as consumers who already own Apple products tend to remain loyal and are keen to get their hands on new models. Drawing in customers who are switching from competitor brands is more likely to happen once offers and promotions on the new iPhones start to kick-in.”

Here’s an interactive chart from Kantar showing smartphone market share in key markets around the world.