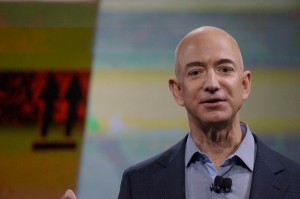 When Amazon CEO Jeff Bezos bought The Washington Post last year for $250 million, many questioned his motivations: Would the paper be used as a mouthpiece for his political viewpoints? Or, a testing ground for new media business models?

Well, here’s another concern to add to the list: Will Bezos use the paper to drive sales to Amazon.com?

This weekend PandoDaily reported that The Post started to insert “Buy it Now” buttons into its editorial copy, linking to products sold on Amazon.com. Based on viewing several stories, it suggested The Post was doing that now for all of its book reviews.

This morning, a “Buy It Now” button was found still alive and kicking:

But in a statement sent to Mashable today, the newspaper claims a mistake occurred while it was upgrading to a new article format. It said those buttons should be appearing to the right of the article — not within the body of the text, just like they have been for the past five years.

“The button was inadvertently incorporated into the text of stories rather than on the side, which is why people thought it was new. As we work to resume our previous years-long practice, we have removed the button from stories,” said Kris Coratti, director of communications for The Post, in a statement sent to Mashable.

The “Buy it Now” buttons were noticed by several folks over the weekend. Pando’s Paul Carr called it “gross,” and one poster on Twitter called the practices “shameless,” adding that “What gets me is that this isn’t about finding a sustainable business model for the Post, this is entirely about helping Amazon sales.”

But is that fair?

Clearly, The Post has found the referral fees beneficial for the past five years, or else it would stop linking to Amazon anywhere on the page. In theory, conversions would go up if the links appeared inside the story, rather than in the right-hand column, especially on mobile phones where space is limited.

This leads to a number of questions: If the “Buy it Now” is capable of offsetting the price of journalism, should readers object? Is it shameless only because of Bezos’ relationship to the paper? And lastly, will readers automatically object to any other integration between the paper and Amazon that may be in the works?

If there’s one thing Bezos made clear at the time he bought the paper is that while good journalism will remain the goal, the business will not stay the same: “There will of course be change at The Post over the coming years,” he said.