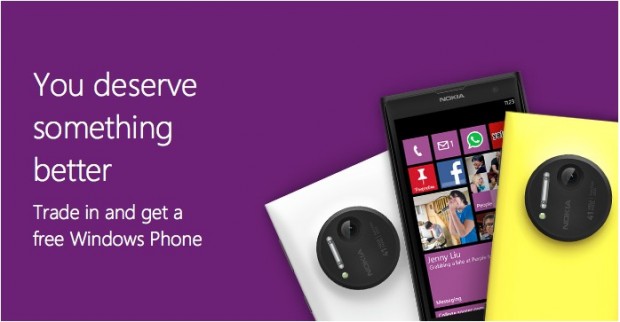 Microsoft has a new offer for people considering an move from their old iPhone.

The company is offering to buy an iPhone 4, 4S or a Samsung Galaxy S2 in exchange for a Nokia Lumia 1020 or 1520. Given the models chosen for the promotion, it looks like Microsoft is aiming to draw in people who are on the cusp of upgrading their smartphones, but haven’t decided to make the leap to purchase something new. 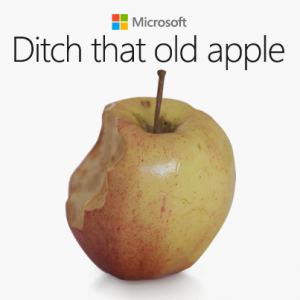 The usual caveats apply: the phone needs to be working properly, can’t have major damage to its screen or water damage, and customers need to bring in their chargers. The offer also only applies to people who are eligible for a new two-year contract with AT&T, which may turn off some people who are happier with another carrier’s service.

Like the company’s offer to shave $100 off the price of a Xbox One in exchange for a PS3 or Xbox 360, there’s one other catch: users have to exchange their phone in a Microsoft Store. While Microsoft is working to expand its retail footprint, it’s going to be hard for some people to get access to the promotion even if they want to take advantage of it.

But for those people who are able to get a new phone, they’re in for a pretty good deal. The Lumia 1520 phablet, usually costs $199 with a two-year contract, while the 1020 usually costs $99.

Still, as our own Todd Bishop has shown, the transition to Windows Phone isn’t always easy, and it can be hard to walk away from an ecosystem that’s as mature as iOS to use Microsoft’s emerging platform.