I can count on one hand the number of films that have brought me to tears since I first watched Simba fruitlessly try to revive his father — but The Theory of Everything definitely made the list.

In James Marsh’s new biopic, the name says it all. The film discusses the concepts of space-time that comprised Stephen Hawking’s life work, but it also focuses more narrowly on issues that are purely human.

In an apt metaphor, Jane Hawking (Felicity Jones) uses a potato and a pea to describe the two major theories in physics. The pea, she says, is Quantum Theory, the set of laws that govern the smallest components of the universe. The potato represents General Relativity, the set of laws governing the very large — planets, stars, etc.

“If the world were all potatoes, easy — you could trace a precise beginning, as Stephen once did, a moment of Creation. Hallelujah, God lives,” she says. “But if you want to incorporate peas into the menu, which Stephen now wants to do, then it all goes.” 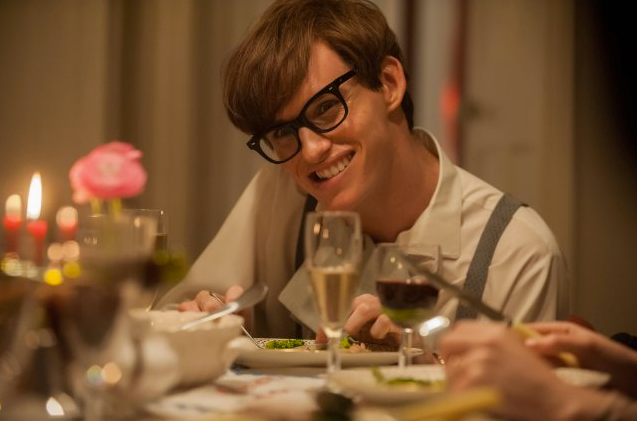 Though Jane uses the metaphor to distill her husband’s work, the notion of scale,  the macro and micro questions that define all human existence, is what makes the film resonate on such a personal frequency.

Eddie Redmayne delivers a beautiful performance as Hawking. He manages to portray a man whose story is tragic, but never pitiable; a man with so much mental fortitude that he never loses his sense of humor, despite the slow deterioration of his body. It’s a testament to Redmayne’s talent that he can convey that resilience, when his eyes are often the only tool at his disposal. 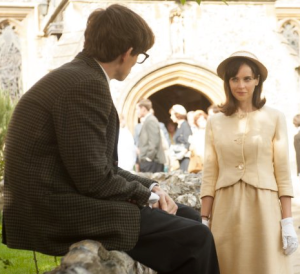 But despite Redmayne’s remarkable performance, this is really Jane’s story. After Hawking’s diagnosis, she tells his father, “I know I don’t look like a terribly strong person, but I love him and he loves me and we’re going to fight this illness together.”

The events that follow show the power, and the limitations, of that proclamation. Jones navigates the nuances of love, commitment, and sacrifice with the poise of a much older actress.

This film has something for everyone, from space-time geeks, to aging parents, to college students. Its message is universal — and it’s no coincidence that it has arrived during Oscars season.