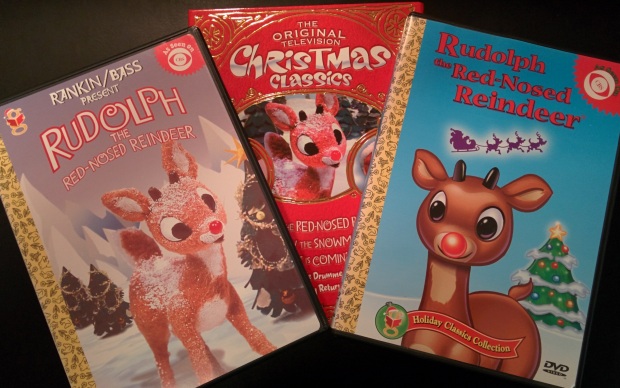 This month marks the 50th anniversary of one of the technological marvels of modern geek culture. I am, of course, referring to the animated Rankin/Bass television special, Rudolph the Red-Nosed Reindeer.

Unlike A Charlie Brown Christmas and Dr. Seuss’ How the Grinch Stole Christmas (which mark their five decades in 2015 and 2016, respectively), Rudolph employed the painstaking, and Lego minifig friendly, technique of stop-motion animation. 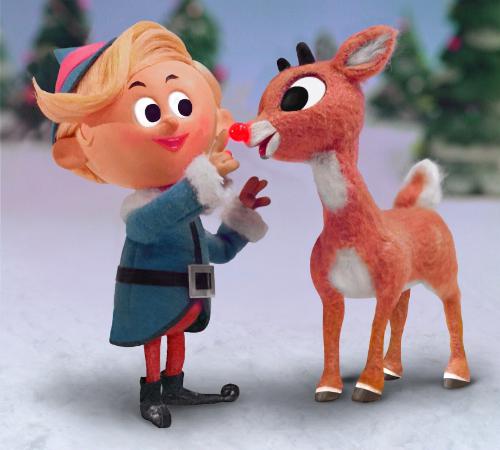 So when the #Rudolph hashtag flashed across the screen during this year’s golden jubilee broadcast on CBS, it wasn’t just a quaint attempt by nostalgia to be nerdy. It was an echo of how state-of-the-art Rudolph itself was when it aired.

Rick Goldschmidt is perhaps the ultimate Rudolph scholar and authored The Making of the Rankin/Bass Holiday Classic: Rudolph the Red-Nosed Reindeer (yes, I have a hardcover first edition from 2001). He points out that the television special, bankrolled by GE for its General Electric Fantasy Hour, took about 18 months to complete and cost more than $500,000 to produce, an amount that would exceed $4.5 million today. It was “a smash hit” in its first airing, watched by 55% of television viewers. Subsequently, it became what’s described as the longest-running, highest-rated special in television history.

Yet as Rudolph evolved into the viewing equivalent of familiar holiday comforts like pumpkin pie, pine scent and post-relative-visit doctored egg nog, it’s easy to forget the technological achievements, challenges and environment it represented as a TV special. 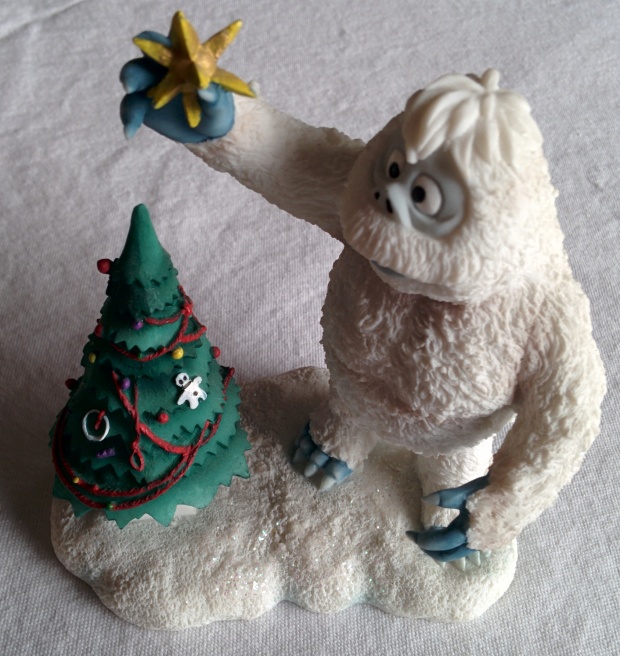 Three areas stand out, both from Goldschmidt’s writings and emails I exchanged with Golden Books Family Entertainment when Rudolph, Yukon Cornelius and Hermey leapt the VHS-to-DVD chasm in 1999 following its 35th anniversary digital restoration.

Animagic process. Rankin/Bass, as Videocraft International, contracted with Tokyo’s pioneering Tad Mochinaga for the stop-motion “Animagic” animation. Scripts, pre-recorded voices and sounds made their way to Japan, and an estimated 82 puppet figures were created. The average height was eight inches (a notable exception was the comparatively huge Abominable Snowmonster, or Bumble), and most sets were no larger than six by eight feet.

The Japanese animators “were learning on the job,” and the puppets were generally composition rubber dolls that “would last about 16 months, tops,” recalled Arthur Rankin to Goldschmidt. Human puppets had mouth shapes drawn on Japanese paper that were pasted on and removed to match dialogue. Rudolph’s head, torso and hooves were carved wood, but his red nose was a custom-made 12V light bulb. 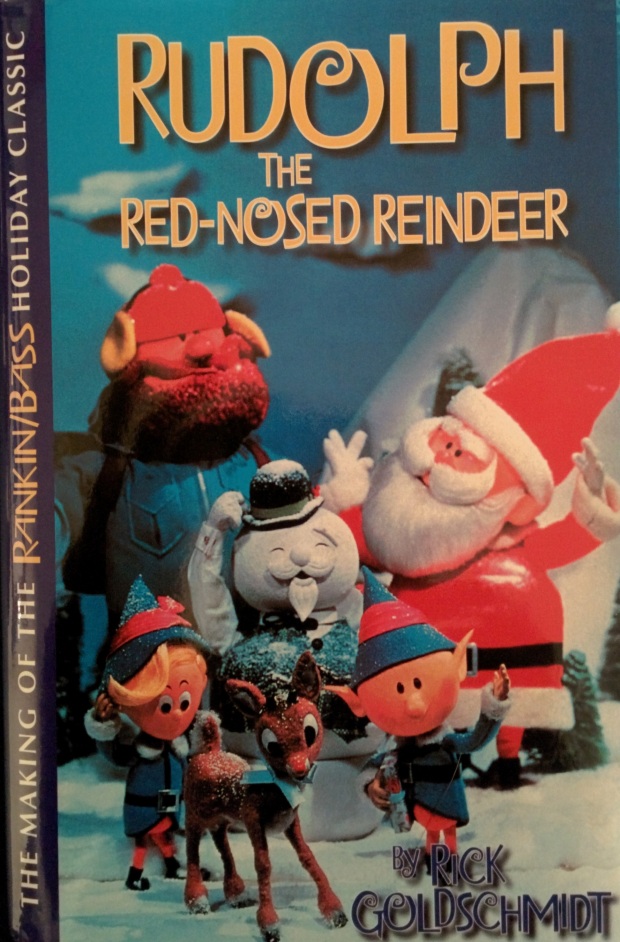 You may notice that the figures have only three fingers and a thumb. It was, Rankin said, “just enough for them to grasp things” and not clutter the animation. Oh, and the animated water? Cellophane.

Sound recording. While the animation was a product of Japan, almost all of the audio – including the character voice actors – were products of Canada. The one exception was Sam the Snowman, performed by Burl Ives (whose Anacortes, WA home was decorated with large wooden cutouts of Rudolph figures for many seasons). Dialogue was recorded in Canada, and songs for the soundtrack with the mostly Canadian cast were reportedly taped in New York on a single day.

Bill Giles, sound engineer at RCA Victor’s studios in Canada, had the only Canadian facilities equipped for two- and four-track recording, Goldschmidt notes. Giles used Ampex tape recorders and a special Western Electric microphone “suitable for the audio tracks to be transferred to film.” Despite, or perhaps because of, the primitive equipment, Giles said, “The artists performed much better, as they know how they performed would be what the public would hear and not electronically enhanced.”

The sponsor was mass-market giant General Electric, and it decided to use three figures from the special as pitch-elves for both print ads and three animated 60-second commercials.”

Advertised products. While not a technological advance, Rudolph gives us a window into consumer technology of the era. Keep in mind the sponsor was mass-market giant General Electric, and it decided to use three figures from the special as pitch-elves for both print ads and three animated 60-second commercials.

True Rudolphians will note the television special i 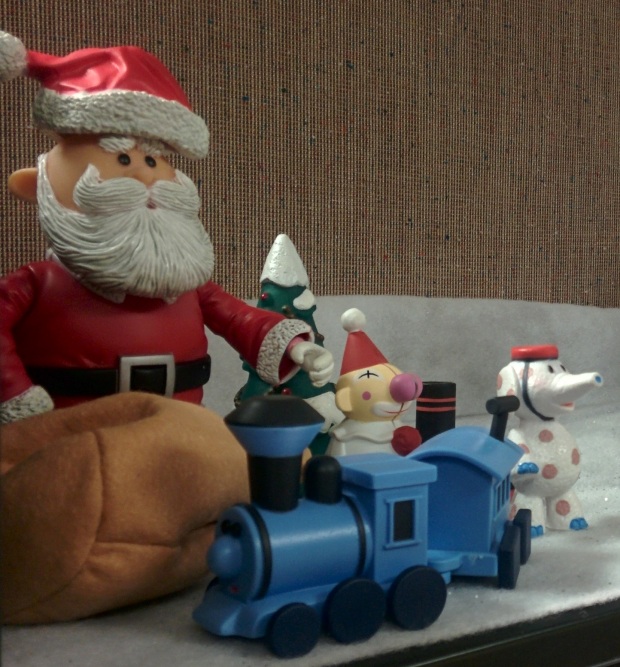 tself has changed several times over the years.

From 1965 to 1997, the song “Fame and Fortune” replaced “We’re a Couple of Misfits,” and the closing Island of Misfit Toys sequence was added in 1965 after viewers protested they never actually saw the toys being rescued by Santa (in 1998’s restoration, 1964’s “We’re a Couple of Misfits” returned). But only on DVD can you find the fabled, original peppermint scene that explains why Yukon keeps licking his pickaxe after tossing it into the air.

Despite all the revelations, technological and scientific mysteries remain. Why do Bumbles bounce? And what bioluminescent reaction powers Rudolph’s nose and causes it to whine, without poisoning the reindeer or driving those within earshot mad?

I hope we don’t have to wait another 50 years to find out.