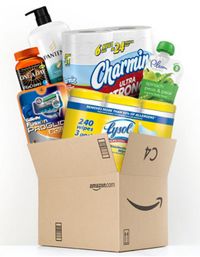 Did you ever have a hunch that you were saving money by shopping on Amazon.com, but you never knew for sure?

Well, here’s your proof: A report released today estimates that Amazon prices are anywhere from 6 to 15 percent cheaper than identical items being sold at retail stores.

The study, conducted by William Blair, an investment bank, analyzed 4,000 items across 40 retailers to evaluate the competitive landscape.

On average, it said Amazon’s prices are 5.9 percent lower at the 40 retailers when you are a non-Prime customer in a state charging online sales tax. The Amazon pricing advantage increases to 8.3 percent when shipping fees go away (in the case of orders exceeding $35 or Amazon Prime eligible items); and the price savings can go as high as 15 percent for Prime customers in states that do not collect sales tax (but Amazon is now collecting sales taxes for about two-thirds of all U.S. households.).

That doesn’t mean Amazon is always more competitive on price.

The Seattle e-commerce giant generally does best on items priced higher than $30 and is least competitive on items in the stores priced less than $10, according to William Blair. It found that Amazon’s inventory included 44 percent of the randomly chosen items, and up to 65 percent of items when only looking at items priced over $20.

When evaluating price savings for Amazon’s sweet spot — products in the $30 to $100 range — the percentage savings on average was 12.5 percent.

In addition to the price breakouts, the investment bank also noted that the mix of items for sale on Amazon are increasingly coming more from third parties (referred to as 3P), rather than being sold direct from Amazon. It views this as a positive because Amazon has a higher gross profit on 3P sales, and therefore has an “outperform” rating on the stock.

“We believe analysts underestimate the 3P contribution, which we estimate to be nearly 60 percent of Amazon’s $180 billion of global [gross merchandise volume] for 2014,” it said.