Kirkland-based Rightside Group, a domain name service company that completed a spin off from Demand Media Inc. earlier this week, posted revenue of $46.7 million in its first earnings report today. Rightside, which is trading as NAME on the NASDAQ, also reported a net loss of $3.5 million.

Revenue was down about $1.6 million from Q2 2013, while losses increased by $2.6 million. The company did, however, see its domain name services revenue grow by $4.7 million from last year.

“There is a significant long-term opportunity for growth and expansion in this industry being driven by businesses and consumers who desire specific, relevant and memorable domain names that best represent their online endeavors,” Rightside CEO Taryn Naidu said in a statement. 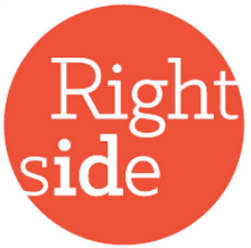 Rightside is expecting revenue in 2014 between $185 million and $195 million. Shares of Rightside have fallen by more than 10 percent this week.

As part of the spin off, Demand Media shareholders received one share of Rightside for every five shares of Demand Media they own. Demand Media will continue as a public company, trading on the New York Stock Exchange under the ticker DMD. It now has a market value of $185 million.