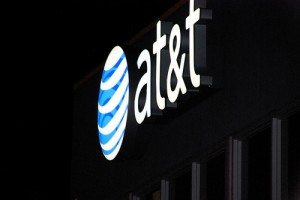 AT&T has decided to change its mind on offering T-Mobile customers a credit for switching to its network.

The mobile carrier announced last month it would offer a credit of up to $450 for T-Mobile customers looking to switch to AT&T. Now, it seems, that offer was short-lived. T-Mobile users looking to switch won’t be getting any preferential treatment anymore, according to a snarky tweet by T-Mobile CEO John Legere.

That was quick! @ATT already revoking the $450 bribe to @TMobile customers? People weren't falling for it, were they #Randall? #doingitwrong

AT&T’s offer came out ahead of T-Mobile’s “Uncarrier 4.0” announcement at CES, which also included its own offer to pay users up to $650 for switching from their existing carrier to the Bellevue-based “uncarrier”. At the time, it felt like AT&T was trying to preempt T-Mobile’s announcement, but it’s not clear if that move paid off.

As is his wont, T-Mobile CEO Legere, who at the time of the announcement called AT&T’s move “desperate,” called out Randall Stephenson, AT&T’s CEO, with the hashtag “doingitwrong.”

It’s not clear why AT&T is stopping the program less than a month after it started, though it seems like there are two likely possibilities. Either so many T-Mobile users wanted to switch that the carrier couldn’t handle them all, or AT&T wasn’t seeing enough response to justify continuing the program.

We’ve reached out to AT&T for comment, and will update this piece if we hear back. The company told Re/code that the offer was meant just to be available for a short period.