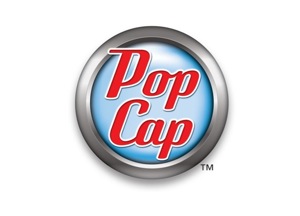 Seattle-based PopCap today laid off an unspecified number of employees.

The company, which was swooped up by Electronic Arts for $1.3 billion in 2011, said that the layoffs will help PopCap stay focused on its future plans. Kotaku reports that as many as 40 jobs were slashed as a result.

Here’s the full statement the company provided to us, attributed to PopCap general manager John Vechey:

The changes we made today at PopCap were painful and we’re sorry to lose some of our friends and colleagues.  But it was also necessary in order to stay on course with our future plans for mobile games, live services, and new IP.  PopCap is a studio that made its name building great games that the world can fall in love with, and that’s what we’ll continue to do.

PopCap’s headquarters are in Seattle; the company also has offices in San Francisco and Shanghai.

PopCap has built up a major following among gamers for its casual titles like Plants vs. Zombies, Peggle and Bejeweled. In February, it debuted Plants vs. Zombies: Garden Warfare for Xbox One and Xbox 360. Last year, Plants vs. Zombies 2 launched with the most downloads of any mobile game ever released by EA.

Digital Spy reported last month that PopCap had restructured itself into two groups: one focused on mobile development, and another working strictly on PC and console games.

In August 2012, PopCap laid off nearly 50 employees from its Seattle office, and then shut down its Dublin office one month later. PopCap’s Vancouver outlet closed this past April.