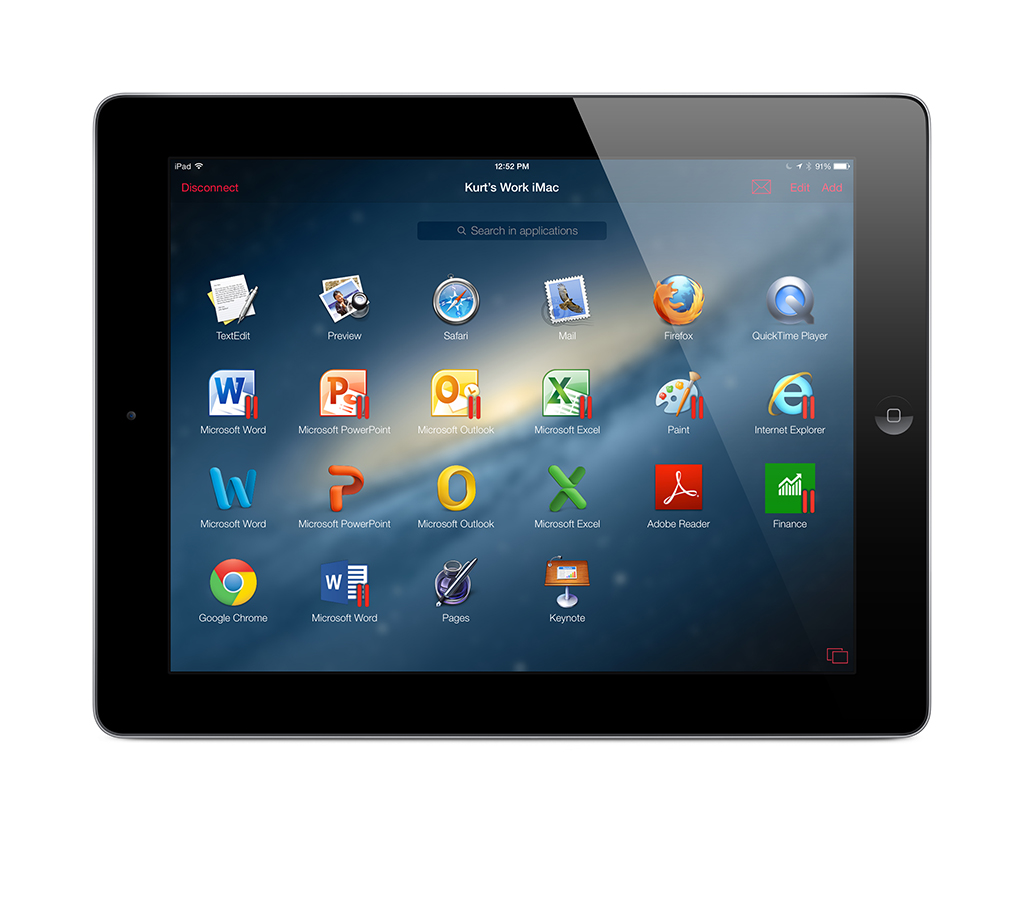 Parallels released an updated version of its Parallels Access remote desktop app for the iPad this morning with a variety of new features for users looking to access apps and content from their Macs or PCs on their iPads.

Because Parallels Access uses the company’s servers to provide a connection between the iPad and the computer it’s connecting to, users don’t have to fiddle with network settings. For people on a tightly-controlled network, the update now means that Parallels Access only requires network administrators to open a single port in a firewall in order for users to connect to and from their computers and iPads.

As part of the update, Parallels changed its Parallels Access subscription model to work on a per-user basis, rather than charging for every virtual machine. Each user subscription allows access to up to 10 computers. Parallels Access is available for a two-week free trial. After that, a subscription currently costs $49.99 a year, or $4.99 a month. The annual fee is $30 off the standard price.

Using Parallels Access, apps take up the full real estate available to them on the iPad’s screen by default, rather than relying on users maximizing a window to get the full view of an app. Parallels also offers iOS-style text selection inside Windows and Mac apps on the iPad.

Apps like Parallels Access are key for iPad users on the go, who can’t necessarily get access to some applications that don’t have a home on the iPad, including Microsoft Office, which isn’t available for Apple’s tablet. While there are a number of remote desktop clients available for iOS, including one owned by Microsoft, Parallels Access allows users to launch Mac and Windows apps from a unified launcher rather than having to use a desktop interface to do the same thing.