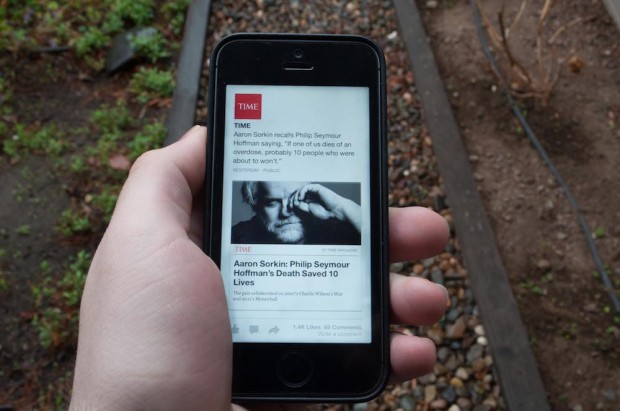 Facebook’s new Paper app isn’t just a news reader — it’s a new way for Facebook users to look at their News Feed. Designed to be an all-purpose reading hub, the app combines content from friends with specially-curated sections, including top headlines, tech news and, of course, cute animals.

It’s one of a new breed of mobile-first applications designed to add a new dimension to the experience of using Facebook. At first blush, it’s a different experience from what the social network’s users are accustomed to seeing from the company.

And it’s pretty good — despite a few flaws.

At its core, Paper is a story reader. Each section, including a user’s News Feed, features a slide show on the top half of the screen, and a series of cards with stories running along the bottom half of the screen. Users swipe up on a story to read it, and swipe left and right to switch between sections. 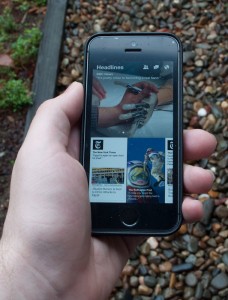 For stories that are too long to read right away, users can send them to a read-it-later service of their choice, like Pocket or Instapaper. Photos open up in a viewer that by default shows only a small section of the image, and then shifts perspective based on the direction a user tilts their phone.

In addition to stories from News Feed and other sources, Paper also lets users respond to friend requests, and receive notifications from friends that open within the app. Even though it doesn’t offer dedicated access to the social network’s Groups feature, users can still access posts in groups they belong to through notifications.

The app also features messaging with the ever-familiar “chat heads” interface that came to the social network’s apps from its ill-fated Facebook Home Android app, and has since spread to other platforms. Interestingly, users aren’t sent to Facebook’s Messenger app, like they are on the main Facebook iPhone app.

What’s really fascintating about Paper is that it feels designed to replace the current Facebook app. The content and presentation are very much still Facebook, but the company’s vertical timelines are gone, as is its blue-and-white color scheme.

This feels like the sort of app Facebook would produce if it was a new startup launching today: mobile first, purpose-built for a particular platform and standing out from its competitors in the social networking space.

Especially since Facebook has made News Feed less chronological, it no longer has to be arranged like a vertical timeline, and Paper shows the potential of moving away from Facebook’s ingrained interface. 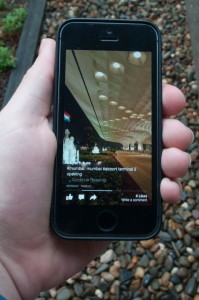 Paper is an ambitious new take on what Facebook could be in the mobile era, but I think they’ve overreached in a few places. First and foremost, while the gestural navigation can feel smooth, it means that there are some inherent limits to what the app can do with swipes from four cardinal directions.

That leads to my biggest frustration with the app: it’s impossible to control the slideshow at the top of each section. When a user swipes left or right, they get taken to a different section, not another image in the slideshow. Of course, that’s necessary, given that there’s no other way to switch sections, but the slideshow is less useful for it.

Speaking of images, while the tilt-to-scroll feature for photos is fun, I’ve found that it’s often more annoying than majestic. Because Paper can’t tell what’s designed to be the center of attention in an image, a user is sometimes left staring at the least relevant part of an image until they tilt their phone.

And then there’s the small matter of its name, which has Seattle-based FiftyThree up in arms because of its iPad app, also named Paper. That company recently filed for a trademark on Paper, and CEO Georg Petschnigg has called on Facebook to reconsider its app’s name.

Still, Paper has taken the experience of browsing Facebook and transformed it into something that feels new again. The app certainly isn’t perfect, but it feels better than what we have now on other platforms.

At this point, the app is iPhone only, and it’s unclear if or when other platforms will get access to it.

iPhone users can download Paper from the iOS App Store.