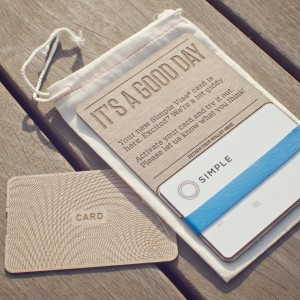 Simple, an online banking startup based in Portland, has agreed to be acquired by banking giant BBVA, based in Madrid, Spain, in a deal valued at $117 million, the companies announced this morning.

It’s a big exit for the Rose City’s tech community, and the culmination of a meteoric rise for the online banking startup — which will continue to operate separately, under its existing brand, following the completion of the deal.

Simple CEO and co-founder Joshua Reich says in a post about the announcement that the company will be accelerating its hiring.

“BBVA believes in our vision and the course we have set to transform the industry,” he writes. “This means that the things you love about Simple will remain unchanged. We will continue to embrace our philosophy, our business model and the way we treat customers. Working with BBVA gives us the resources, scale, and autonomy we need to accelerate our growth while staying true to our mission.”

Simple was founded in New York but moved to Portland, growing to 92 employees. The company launched in July 2012 and has more than 100,000 customers, handling more than $1.7 billion in transactions in 2013.

Also see earlier coverage of Simple on GeekWire, and a post about the acquisition by Rick Turoczy on Portland’s Silicon Florist tech blog.