Google announced today that it’s launching Android Wear, a version of its mobile operating system that’s designed to work with smartwatches to give users access to notifications and data from their phones on their wrists. The system is designed to give users an easy way to look at information from their smartphone without pulling it out of their pocket. 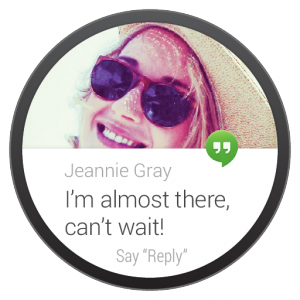 The Android Wear interface is reminiscent of Google Now, the context-aware virtual assistant technology Google uses to power its Glass headset as well as its mobile apps. Google says users can expect to see notifications from Google Hangouts, Google Maps and more. Using microphones built into the watches, users will also be able to take advantage of voice commands to write quick replies to messages and run Google searches.

Much like its mobile operating system, Google is partnering with a number of manufacturers and chipmakers to produce the actual smartwatch hardware that runs the Android Wear software. Motorola announced today that it will be releasing  an Android Wear-powered smartwatch called the Moto 360 in the U.S. this summer, and other products from Asus, LG, HTC and Samsung are forthcoming. 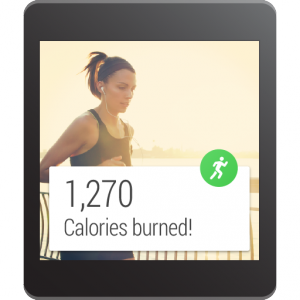 It’s an important move for Google, as more OEMs look to smartwatches as a key new product category. While the Mountain View-based company already has Google Glass, it’s clear that manufacturers are interested in exploring the wrist as a new place for computing. Samsung, the leading Android OEM, has already started building a series of smartwatches, following the flop of the Galaxy Gear last year.

Failing to offer official Android support for wearables would mean massive fragmentation for wearable devices. This way, Google can retain a degree of control over what manufacturers plan to do with its operating system.

With rumors continuing to swirl about Apple moving into the wearable space, Google is clearly looking to get in on the ground floor and have a developer ecosystem up and running so that it’s harder for Apple to do to wearables what the company managed to do with smartphones and tablets.

Developers interested in seeing how their apps will interact with Android Wear watches can visit developer.android.com/wear to download a preview that demonstrates how the system will work. Here’s a video that goes into greater depth about Google’s take on opportunities for developers to work with its new platform.