Microsoft’s Office for iPad team grabbed some mimosas and pastries this morning and sat down for an “Ask Me Anything” question and answer session on Reddit. Alongside a handful of jokes, the discussion included an interesting look at how Office for iPad came to be, and what the team sees as its next steps. One of the most interesting comments from today’s Q&A was the revelation that the release was given the go-ahead by Steve Ballmer, but there’s a lot more to the apps. 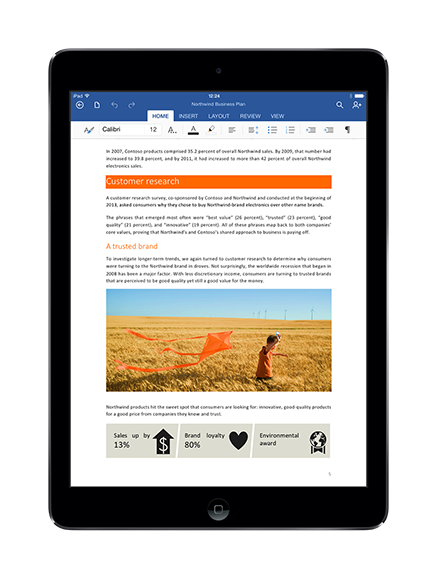 As it turns out, Office for iPad was built mostly from the ground up, with Microsoft creating its own rendering code for Word, PowerPoint and Excel files so that they look the same on the iPad as they do on a user’s desktop.

That work has paid off so far: the Office for iPad apps have been downloaded more than 12 million times since their launch, and remain at the top of the App Store’s free iPad app charts. While the team wouldn’t provide any more detail on how many of those downloads were from Office 365 subscribers, they said that a “big portion” of the downloads were activated with a subscription.

Here are some of the other key tidbits from today’s AMA:

On plans to offer Office for iPad without requiring an Office 365 subscription: “Currently, we do not have such plans. We believe that you get the best up to date Office experience is the Office 365 subscription. Particularly in a world where people have multiple devices (phones, tablets, PCs/Macs), the subscription provides greater value across all of them. And you can store all your documents in the cloud for access anywhere anytime.”

On allowing users to open documents from other cloud storage services, like Dropbox: “OneDrive storage is an integral part of the Office 365 subscription. Office 365 is a service, we’ll continue to evaluate the integration with 3rd parties in the longer term.”

On competition from Apple’s iWork suite: “As for competing with iWork, I think the two products really have different aims and audiences. There’s some overlap, but the variety of user needs is really very broad. In that sense, Office and iWork more compliment each other than compete with each other.” 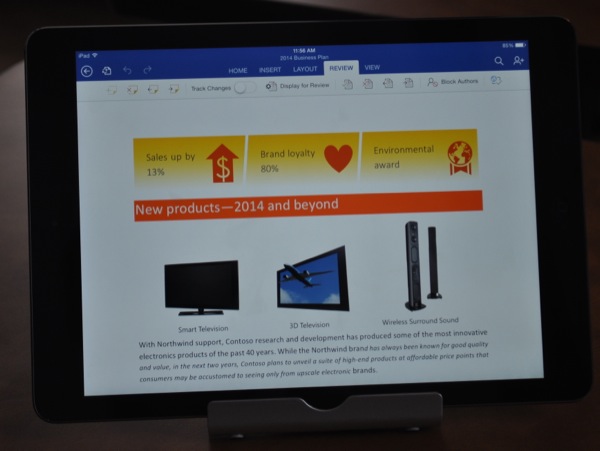 On OneNote for iPhone getting updated with an iOS 7 design: “We’re continuing to work on updating our iOS clients, and our next iPhone update will be compatible with iOS7.”

On the development tools used to build Office for iPad: “The Office for iPad apps are completely native! The core logic, such as Excel’s recalc engine or Word’s text layout code, is C++ code that we compile and share across all of our platforms. The UI is all completely native Objective C; we did not use Xamarin or C# to develop our UI. As for using C#, we do use some C# for internal tools. I imagine we’ll continue to use the appropriate native frameworks for each platform (UIKit for iOS, AppKit for the Mac, etc).”

On how Bill Gates feels about developing Microsoft products on a Mac: “We’ve been using Macs to develop Mac Office for decades. Bill says it’s cool.”

On the transition from Windows Vista and Windows 7’s Aero interface to a more flat look: “We wanted to deliver a modern visual language in which form follows function. Clean user interfaces that focus on clear logic and structure, rather than gratuitous ornamentation is a common direction of both the Microsoft Modern Language and Apple’s iOS 7.”

On the ship date for the upcoming updated Office for Mac:

That said, there is a new version of Office for the Mac on the horizon, and the team said that the work they’ve done to create Office for iPad has helped speed up its release.

For a full look at what the team had to say, check out the Reddit thread here.