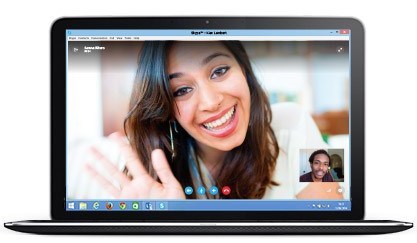 Microsoft this morning unveiled a way to use Skype on “just about any screen you can lay your hands on.” The new browser-based Skype for Web will work on Chrome, Firefox and Safari in addition to Microsoft’s own Internet Explorer, across different operating systems.

The move expands Skype’s reach beyond the dedicated desktop and device applications commonly used to access the service.

Skype for Web will work from Skype.com, supporting instant-messaging, audio and video calls. Microsoft says the beta will be rolled out gradually “in the coming weeks” to people who sign in on Skype.com.

Initially, the service will require the user to install a plugin for voice and video calls, but Microsoft says it will ultimately support WebRTC, a standard for real-time communication across browsers, which is supported by Google, Mozilla and Opera. As noted by The Verge, that means that Google Chromebook users will be able to access Skype, as well.

Instant messaging will be available via Skype in the browser without any plugin installation. Users who log in via Skype.com will be able to see their full contact list and recent conversation history.

Microsoft acquired Skype for $8.5 billion three years ago, and this week announced plans to merge its Lync business communications brand into the Skype brand, rebranding Lync as “Skype for Business.”