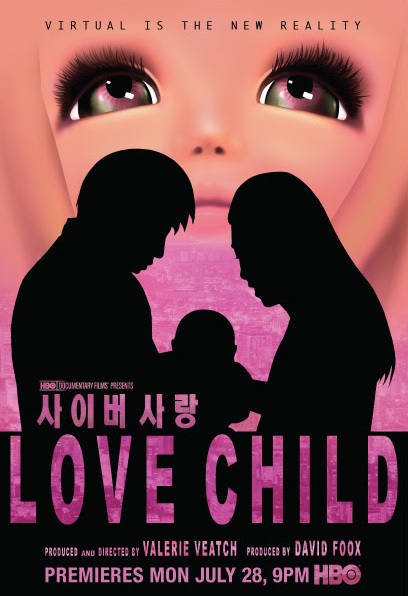 You may know a person or two who has been, or is, “addicted” to video games. Maybe they played Grand Theft Auto V for 20 hours straight to beat the game, or perhaps they spend every second on their smartphone trying to level up in Candy Crush.

But that’s nothing compared to the video game addiction detailed a new documentary titled “Love Child,” which provides a glimpse at the disturbing effects video games can have on the new generation of gamers.

The film, directed by Seattle native Valerie Veatch and executive produced by T-Mobile CEO John Legere, tells the story of a Korean couple who let their malnourished 3-month-old baby die at home because they were so addicted to the 3D fantasy MMORPG Prius Online.

Kim Jae-beom and Kim Yun-jeong, who had also never been to the hospital while she was pregnant, would spend all day playing Prius and raising their own virtual child. They made money by selling virtual goods and money for real cash.

Meanwhile, their newborn — named Kim Sa-rang, or “love” in Korean — was left alone at home.

One day, while the couple was at a local PC cafe, their child passed away. When authorities found the malnourished daughter, she weighed just 5.5 pounds — 0.9 pounds less than she did at birth.

Police arrested Jae-beom and Yun-jeong, who was actually pregnant with another child, and the pair was later charged with involuntary manslaughter. The father ended up in prison for one year, while the mother served no time as the defense lawyers utilized Korean laws related to addiction that reduced the sentences.

But rather than simply focus only on this depressing tale, the documentary uses the narrative to ask philosophical questions about how virtual world experiences can affect reality for human beings — and what that means for the growing gaming industry.

“It’s important to reflect on what the technology is asking us to do and how we’re using it,” Leatch said at a screening in Seattle on Wednesday. “They’re designed to be engaging. As gamers, maybe we can ask for a more interesting, more productive gaming space that supports our social fabric and social institutions. That’s the dialogue I really hope comes out of this film.”

The question is particularly timely given that South Korea, home to one of the most advanced broadband networks in the world, is currently considering a bill that would classify Internet and online gaming addiction as a factor in criminal prosecutions, much like an addiction to gambling, drugs and alcohol. The country, which imposed a rule in 2011 that banned young gamers from playing late at night, is even now proposing to exempt game addicts from performing mandatory military service.

Legere, whose daughters also worked on the film, got involved with “Love Child” after a mutual friend connected him with Veatch. In a Q&A session last week, Legere sounded off on the importance of thinking about gaming addiction and its effect on people. He noted how this is particularly true as more people engage in mobile gaming — meaning they could play in virtual worlds anywhere, at any time.

“Now as we move to 150 or 300 megabytes per second on Wideband LTE, you can do more on a mobile device,” said Legere, who began working on the film before he became T-Mobile’s CEO in 2012. “If you have a mobile device attached to a headset that puts you in 3D virtual reality and you’re sitting completely lost, no matter where you are — is that any different than being in a PC [cafe]? This just raises a tremendous amount of questions.”

“Love Child” debuts on HBO this Monday, July 28 at 9 p.m. Watch the trailer and hear Veatch and Legere talk about the film below: