One of the first things you’ll notice about Chef’s new Pioneer Square digs is how open the space feels, from the kitchen to the lounge areas to the engineering area to the awesome rooftop deck.

Given Chef’s business model, this was completely intentional. 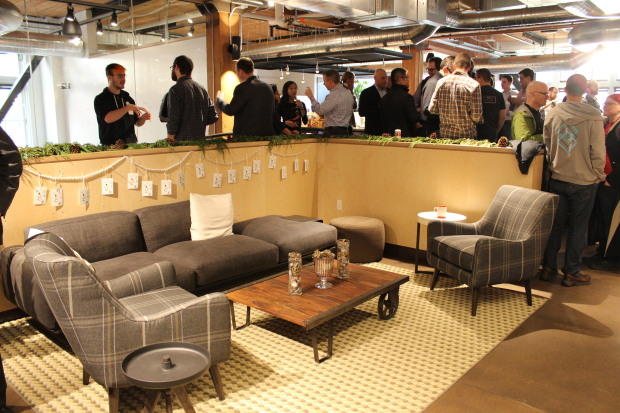 “I love using the word ‘open’ because we are an open source company at our core,” Chef CEO Barry Crist said. “Open is something we want people to feel right when they come into this space.”

We had a chance to tour Chef’s new 36,000 square-foot office building during Thursday’s open house event for the company’s new headquarters in Pioneer Square. The fast-growing IT automation startup, which plans to double its current workforce of 200 by the end of 2015, now has more than triple the space of its previous digs with three floors in a historic building at 619 Western Avenue. 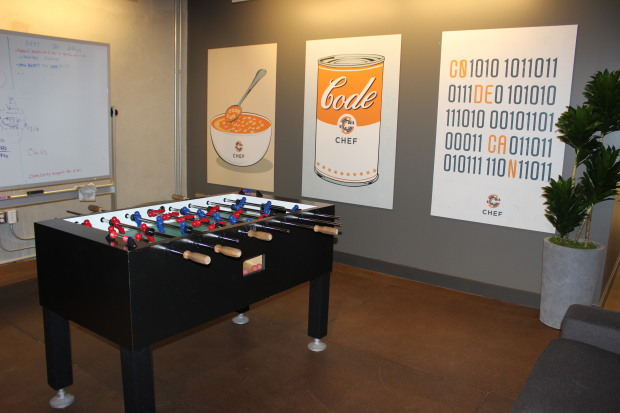 The Pioneer Square building itself is packed with history, once operating as a waterfront warehouse for lumber shipments coming in from Skid Road in the early 1900s and then transforming into an artists’ colony toward the end of the last decade.

The space also sits just feet from the Alaskan Way Viaduct, which will soon be demolished and replaced by an underground tunnel currently under construction. Bertha, an enormous boring machine creating the tunnel’s pathway, is actually causing nearby businesses to sink. 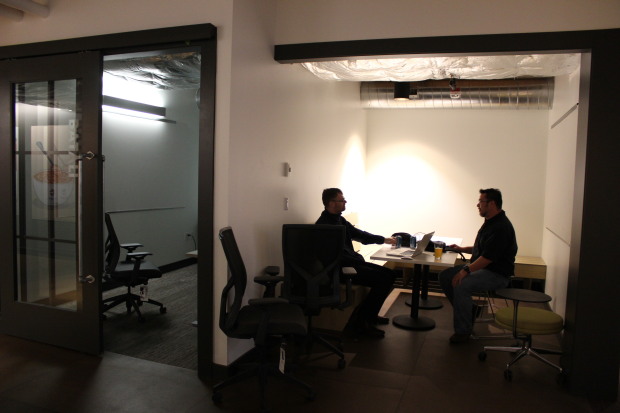 While Crist said it’s been “colorful” to be so close to the tunnel construction, he’s not too worried about his company’s new office literally sinking into the ground.

“We’ve spent a lot of time with this building and feel comfortable with what’s going on,” he noted.

Formerly known as Opscode, Chef is growing fast, announcing in July that its incremental revenue grew by 182 percent in the second quarter. The office expansion follows a $32 million venture round that Chef scored last December from Scale Venture Partners, DFJ, Ignition, Battery Ventures and others.

“T.S. Eliot has a quote about home,” Crist told the crowd during Thursday’s open house. “It goes, ‘Home is where it starts from.’ For us, for the next chapter of Chef, this is all the heartbeat and the workplace from where it will all start from.” 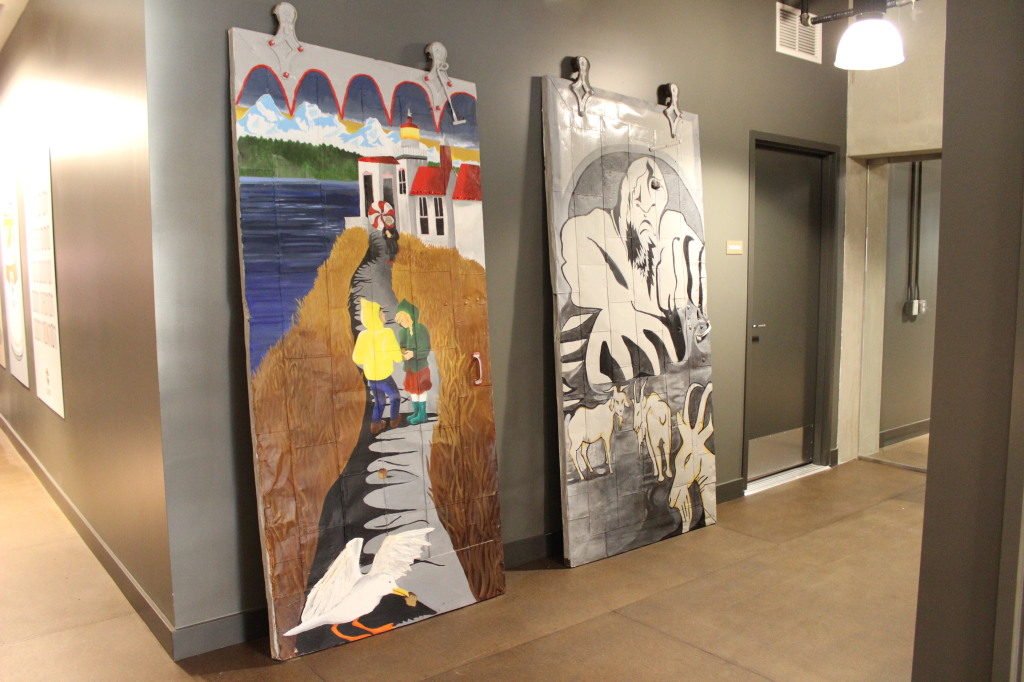 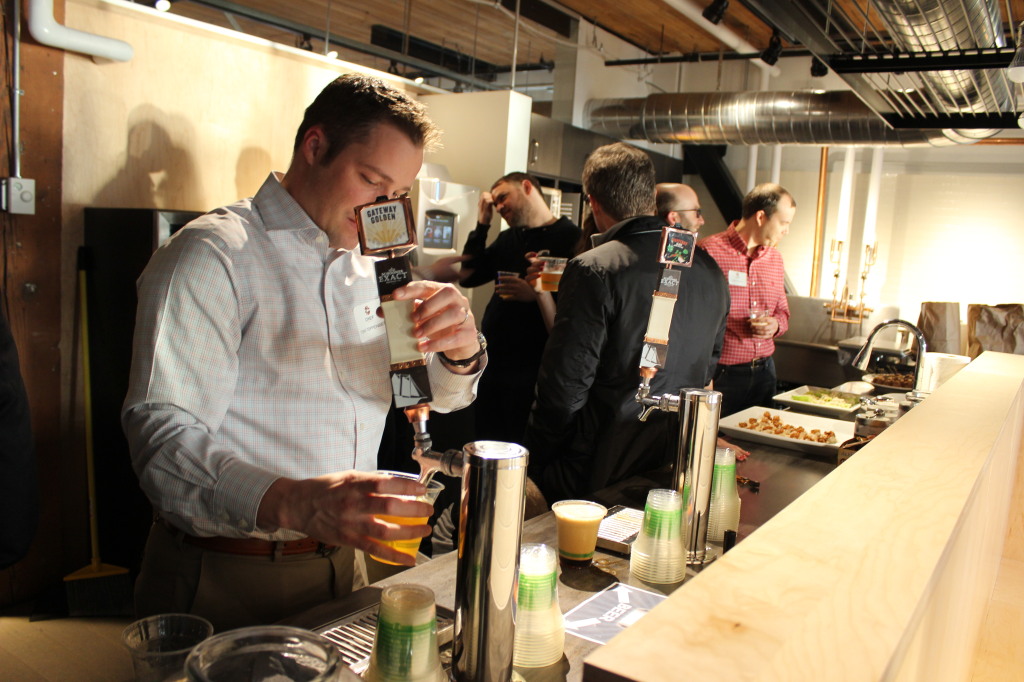 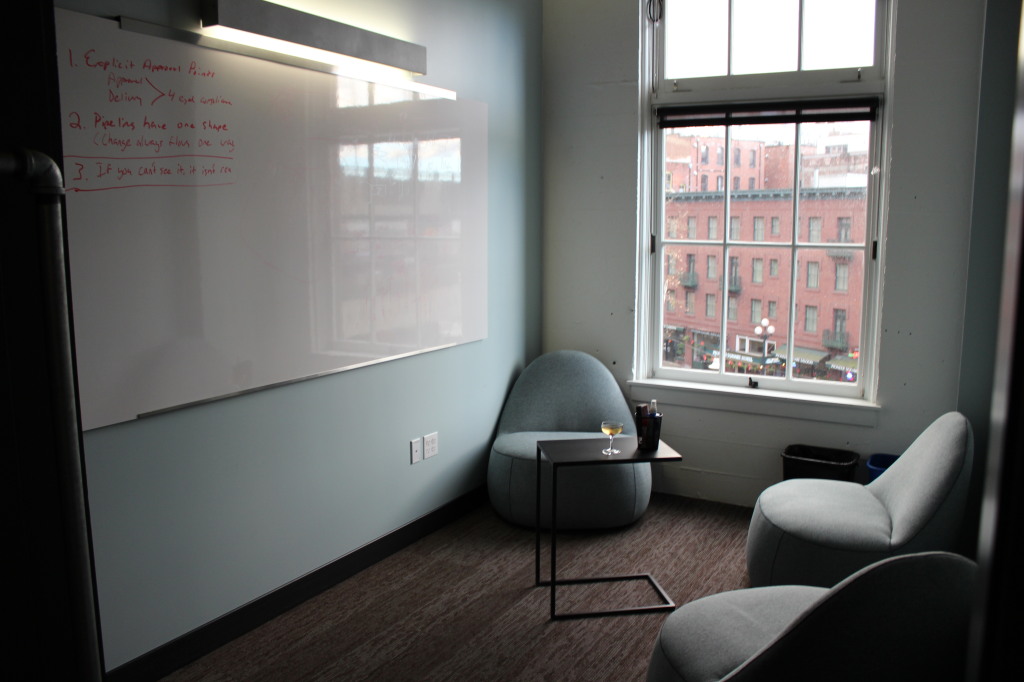 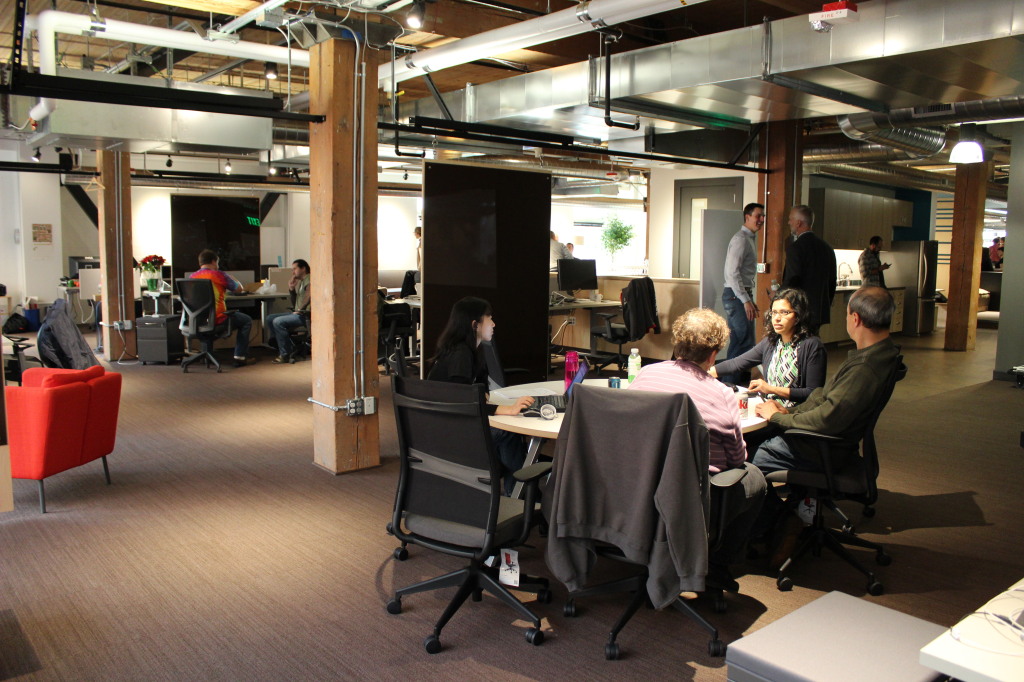 Chef also hosted a panel on Thursday with Seattle venture capitalists John Connors of Ignition and Bill Bryant of DFJ — we wrote earlier this morning about their thoughts on what Seattle can learn from Silicon Valley and the future of IT.

Check out the full video tour below: