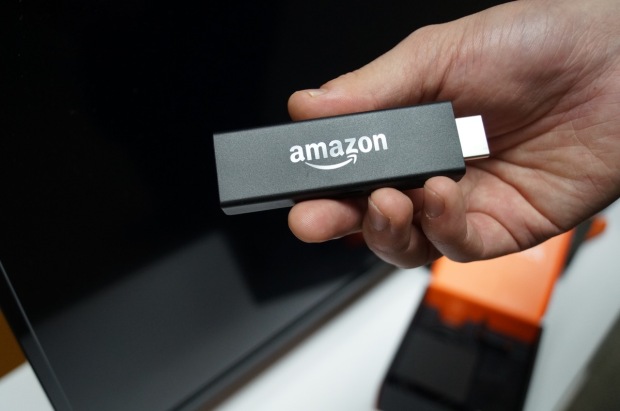 Amazon started shipping its Fire TV Stick streaming device this morning, going up against Google, Roku and others in the market for low-cost streaming devices that plug directly into a TV’s HDMI port and stream content over wireless networks.

We’ve been testing out one of the devices, on loan from Amazon, in the GeekWire offices and my home for the past 24 hours, and the experience with the $39 stick is very comparable to the Amazon Fire TV, the larger streaming box that Amazon launched earlier this year for $99. 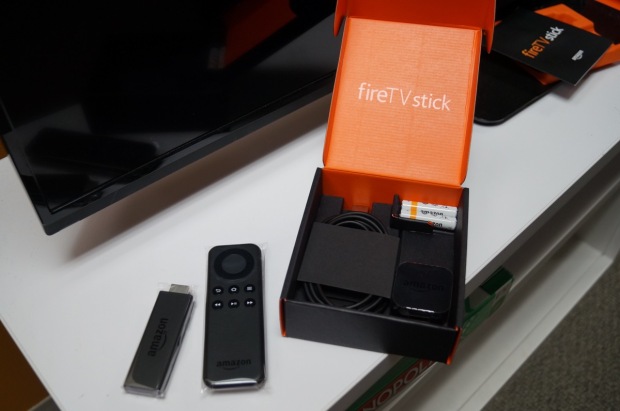 The on-screen interface is the same as the Fire TV, although we did notice slightly slower load times for images in the Fire TV Stick interface, particularly on the initial bootup. When navigating and loading up apps and videos, the Fire TV Stick isn’t quite as responsive and fast as the full-fledged Fire TV, but it’s still quite good, to the point someone who hasn’t used the original Fire TV wouldn’t notice any issues.

The content and apps are the same as Fire TV, with the ability to use Netflix and other third-party services in addition to Amazon’s video content.

As with the Fire TV, the device is linked to the user’s Amazon account, with the ability for Amazon Prime members to access Prime Instant Video content at no extra charge. 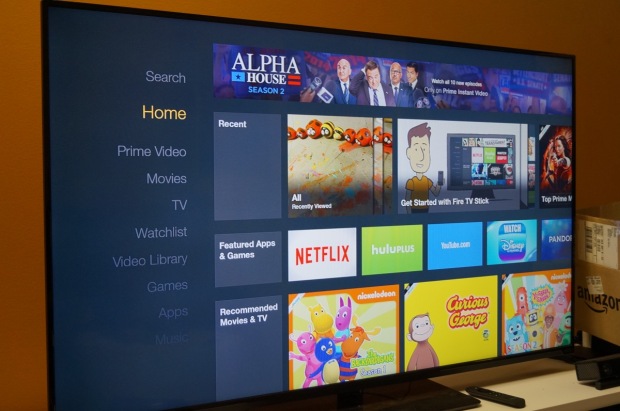 The other big difference vs. Fire TV is the lack of an Ethernet port in the Fire TV Stick, which limits the connectivity options to WiFi. 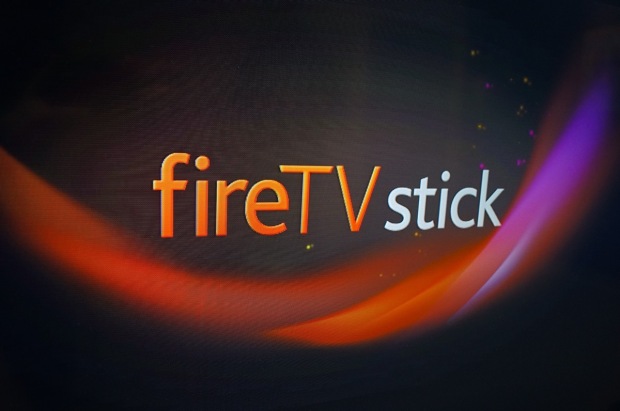 The Fire TV Stick requires an external power source, plugging into an outlet via USB, which was a bit of a hassle for us at the office, requiring an extension cord to reach the nearest outlet. I wasn’t able to get the device to power via the TV’s built-in USB port, which would have solved that problem, but some reviewers have reported success with this approach.

Given the size, and the price, the Fire TV Stick is a powerful device for streaming content, with 1GB of RAM, 8GB of storage, and a dual-core processor.

Overall, based on our initial usage, the Fire TV Stick is a nice little device, although if you haven’t ordered it already, don’t expect to put one under the tree for the holidays. The company says the device is sold out through mid-January.