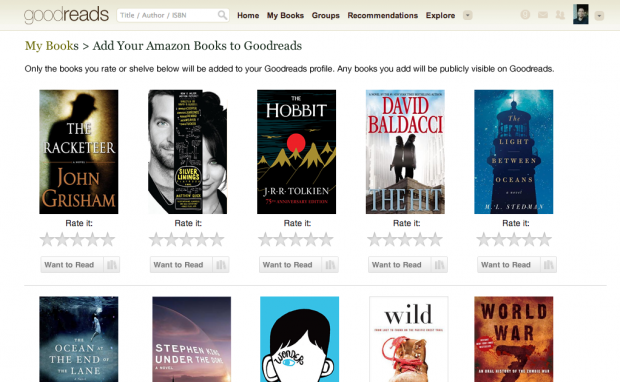 Amazon’s Goodreads social network announced today that users of its service will soon be able to sync their Amazon purchases with their Goodreads account, using its new “Add Your Amazon Books” feature.

Users will be able to see all of the books that they’ve purchased from the online retailer, assign them ratings, and add them to their accounts’ shelves. The service combines all the physical and digital books users purchased through Amazon, whether from third-party sellers or the company itself. If there’s a book in a user’s purchase history they don’t want to share with Goodreads, users can choose to avoid adding it to their shelves. 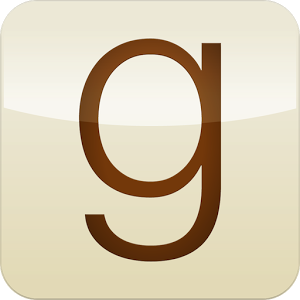 The ability to add Amazon purchases to Goodreads is a boon to users who are just coming to the service. It can be rather difficult for someone to remember all the books they’ve ever purchased, and manually rooting through an Amazon purchase history filled with products other than books can be difficult. By putting everything in an easy-to-use clearinghouse, Goodreads should be more usable for new users, and experienced users could be more interested in buying books through Amazon rather than other channels.

Since Amazon bought Goodreads almost a year ago, the two companies have been slowly integrating their products. Amazon has added Goodreads functionality to its Kindle e-readers and tablets, and now Goodreads is integrating Amazon more deeply into its service.

Goodreads is in the process of rolling out the service to its users in the U.S., Canada and Australia over the next few weeks. The new service will pop up as a link in the tools section of the website’s sidebar. Early adopters in those regions can give the service a try using this link.