It’s been almost a year since Target suffered a massive security breach, exposing the personal information of millions of customers. Though it certainly took a hit, the retailer has more or less recovered — and it’s doubling down on security efforts. 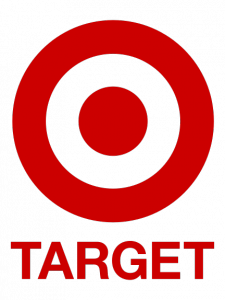 The company recently posted an opening on GeekWire’s jobs site, GeekWork, for a Principal Cyber Security Engineer to lead its threat detection operations. The engineer will “be the subject matter expert for all security systems that fall into the detective and response areas,” according to the listing.

Target is looking for someone with at least 10 years of relevant, multi-platform experience for this leadership position. Job seekers open to relocating to Target’s Minnesota campus are encouraged to apply here.

That’s one of the current highlights from GeekWork. Continue reading for more of this week’s top listings, hand-picked from the featured listings on the site, and search for more open positions here.

(And as long as you’re job hunting, another good resource is the GeekWire 200 ranking of top technology startups in the Pacific Northwest, and the related GeekWire Startup List database of more than 800 companies. Both can be filtered by category to narrow down your search.)

Booking.com’s Bellevue outpost is growing fast, but the company’s expansion plans go beyond the Puget Sound Area. The travel giant has a number of openings at its Amsterdam headquarters, including a front end dev position.

Key responsibilities in this role will be translating requirements and mockups into functioning features, implementing A/B tests, finding new ways to improve Booking.com, and taking ownership of sections of the company’s desktop and mobile site.

RFID provider Impinj achieved revenue growth of 30 percent in 2013, and expanded its presence in Seattle’s Fremont neighborhood. As GeekWire’s John Cook noted earlier this year, the company “has weathered two economic recessions, not to mention a slow-to-develop market for its radio frequency identification products. Under normal circumstances, that combination would have killed most companies.”

But not Impinj. The company is thriving again, and that success means new jobs. Impinj is looking for a software development engineer to join its team. Candidates with five or more years of experience in software development and proficiency in at least one script writing language are encouraged to apply.

Zillow announced record third quarter earnings Wednesday just following the launch of Zillow Tech Connect, a new agent reviews site. The real estate database continues to reach new milestones and grow — and part of that growth means adding new jobs. The Seattle-based company has a large number of listings on GeekWork, including a new opening for a Visual Designer position.

The designer will help produce marketing materials for Zillow’s web and mobile sites. The ideal candidate will have one to three years of relevant experience, a BA in design, and proficiency in standard web design tools.