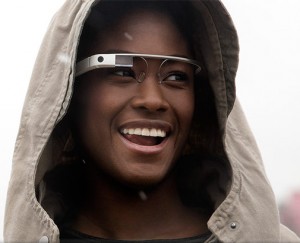 Google says it ran out of slots for people interested in purchasing Google Glass during a one-day promotion Tuesday when the head-mounted device was available for sale to the public. Like previous buyers of Google’s hardware, purchasers from this latest round had to pay $1,500 plus tax for the latest “Explorer Edition” hardware in their choice of colors with a charging cable and a one-ear earbud.

The company didn’t disclose how many spots were available, so it’s hard to say how much of a success the one-day sale was for Google, though it seems as though the company did actually sell out of white-colored Glass units.

The promotion was a slight shift for Google, which had previously only allowed interested users to purchase Glass with an invitation or through winning one of the company’s contests. It is a chance to get the hardware into the hands of interested adopters without them having to jump through hoops, other than the device’s high purchase price.

Still, Glass users don’t necessarily have the easiest time ahead of them. Google recently released a series of dos and don’ts for users of the device, and has put out a full-court press trying to dispel rumors about Glass. Business Insider writer Kyle Russell recently had his pair snatched off his face in San Francisco, then smashed on the ground. Business owners including Seattle’s Dave Minert have banned the device from their premises, too.